Steve Sherman
|
Posted: May 10, 2018 12:01 AM
Share   Tweet
The opinions expressed by columnists are their own and do not necessarily represent the views of Townhall.com. 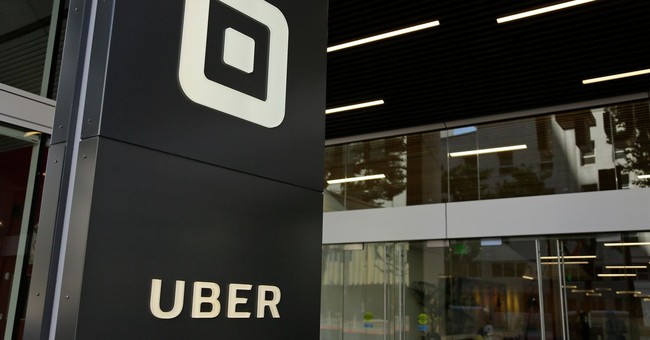 Americans love the sharing economy. Companies like Airbnb and Uber have revolutionized their industries virtually overnight. The sharing economy allows peer to peer transactions that cut out the middle man and save consumers cost. It turns out that Americans love doing business without the government involved. The emergence of sharing companies starting up and growing larger are a testament to free market capitalism that rewards innovation. America is a nation that treasures entrepreneurship and risk taking. Always has and apparently always will.

That is, if the government doesn’t screw it up. The government has taken notice that these new companies in the sharing economy have operated largely unregulated and untaxed. This allowed several of them to go from small garage-based startups to economic giants. One might immediately associate Uber and Airbnb as the shining stars of the new economy, yet Amazon has used the peer to peer model for years revolutionizing the delivery of consumer goods as giant retailers took it on the chin!

Other companies like Expedia have forever changed the way travelers book a flight or a hotel. American entrepreneurs love to invent something new or make a better mousetrap. These brilliant companies should be left harmless by our government. However, our government notoriously feels the need to impose harsh regulations on any company that is thriving to get their due and invariably stifle the growth of these companies and hurt consumers.

On the flip side, when some of these new companies are led by former government officials who are all too good at playing the game of corporate cronyism it’s like the wild west out there. These companies have fast become the new monopolies and market giants. They are hiring former Obama Administration officials as lobbyists to make sure that they abide by different rules. When you look at the makeup of the people hired by Airbnb and Uber, they are ironically loaded up with the likes of Obama Campaign manager David Plouffe of Uber and former Obama Attorney General Eric Holder for Airbnb.

The real irony is that both of these men would have regulated and taxed these companies out of existence in their former jobs. According to CNN Tech, former Obama staffers have taken over Silicon Valley.

The two companies most people associate with the “sharing economy”, Uber and Airbnb have become massive with Airbnb worth about $31 billionand Uber worth $68 billion. These are not small companies started up by a bunch of recent graduates on a shoe string scraping to continue operating. Both companies have been able to secure credit lines that exceed $1 billion and they are expected to grow even bigger. They have loaded up with lobbyists to avoid regulations and taxation in a way that give them a competitive advantage over traditional means of getting from place to place or to rent a room. Airbnb hired Nick Shapiro, a former deputy Chief of Staff at the CIA under President Obama to help work with Washington to protect their business model.

The New York Postreported back in 2016 that many of the Airbnb listings are not from families trying to supplement income, but by de facto hotel operators who purchased properties to rent out like a hotel room, but without paying any taxes. The Post reported that “critics contend that a large portion of Airbnb listings are offered by commercial operators with multiple properties who are essentially running illegal hotels” and cited statistics that show “property owners with two or more listings generated 44 percent of all Airbnb revenue in Los Angeles.” The Post also reported that “in New York City, the state attorney general found that, between 2010 and 2014, more than 300,000 Airbnb reservations violated the law, representing about $304 million in booking revenue, with about $40 million of that going to Airbnb.” Competition is great, but gaming the system puts the traditional providers of hotel rooms at a competitive disadvantage.

It is ironic that the Obama Administration pushed to hike minimum wage laws and regulations that protect employees are now in the business of skirting those same laws. They crowed about everybody “paying their fair share,” yet are now paid to make sure that their companies pay as close to nothing as possible. Virtually crushing the competition with the weight of taxation and government regulation. These liberals know best how to skirt those rules, because they wrote them.

Some in Congress are finding a middle ground. Senator John Thune (R-SD) introduced a bill, The New Economy Works to Guarantee Independence and Growth Act (NEW GIG), to address both the need to keep the government off the back of the sharing economy while leveling the playing field. In a perfect world, taxes and regulations would be reduced on all who provide transportation and a place for people to rent on a short-term basis, but governments are slow to give up tax revenues and reduce regulatory mandates. The Thune bill threads the needle and provides some measure of fairness.