Sorry Music Industry: What Goes Around Comes Around in a Trump Presidency

Steve Sherman
|
Posted: Feb 03, 2017 12:01 AM
Share   Tweet
The opinions expressed by columnists are their own and do not necessarily represent the views of Townhall.com. 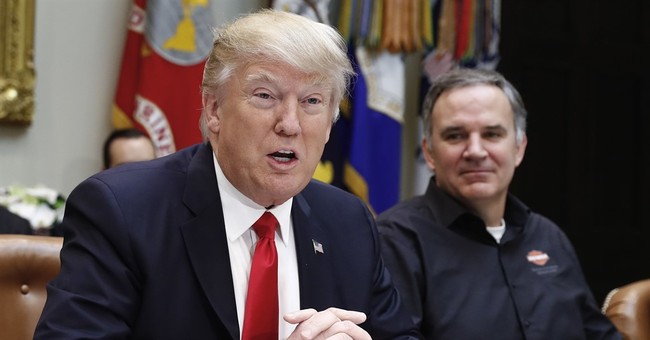 I’ve written several pieces over the last year about the government controlled monopoly in the music industry. The big boys of music -- the American Society of Composers, Authors, and Publishers (ASCAP) and Broadcast Music, Inc. (BMI) -- have been spending millions to keep their power and their billions. They represent what can be called nothing other than “Big Music”. Big Music has been seeking to maintain control of their dynasty by controlling the politicians in power.

Most monopolies only exist by government sanctions, and Big Music is no different. It all comes down to legalese, fractional licensing, and consent decrees. This has been playing out in the courts overseen by the Obama Department of Justice. Big Music, like most of the world, assumed we’d be listening to music under Hillary Clinton “law and order” right now. They were stunned like every other liberal on the planet that the Trump Train has rolled into DC and set up shop for the next four years.

What goes around comes around and that whole karma thing does seem to bring a chuckle to my heart as I ponder the short-sighted behavior of the Big Music Kingpins.

Remember the fiasco surrounding who would play music for Donald Trump’s inauguration? Remember every time Trump played a song on the campaign trail and Big Music came against its use? Remember when Trump told the lobbyists to get out?

All those chickens are coming home to roost. I’m sure there have been stark moments of fear as Big Music has plotted how they can now cozy up to Trump after how they’ve treated him. It must be difficult for them to swallow just how much they need President Trump to like them.

Maybe they should have thought of that before Trump’s inauguration. Only Toby Keith, Three Doors Down, and Lee Greenwood braved the storm. No one else. The rest were too afraid to suffer the wrath of the music powers at play for performing at his event.

In fact, just days before the election, Big Music was still calling Trump a racist and a bigot while hugging Hillary and writing her checks. Now, in the ultimate display of hypocrisy and realization of the trouble they are in, Big Music has come begging for Trump’s love.

They’ve written an open letter to President Trump and come calling on bended knee to kiss the Trump ring. “Congratulations on your election, we look forward to working with you and your Administration on behalf of American music,” they say.

Whether or not Trump takes them to the woodshed or brings them into the fold remains to be seen.

However, it is hard not to smile a bit as we all get to watch Big Music eat a little crow and come begging, hat-in-hand, to a person who they find absolutely vile. Donald Trump, a person they wouldn’t lower themselves to perform for, now stands like a towering wall between the music industry and the governmental endorsement they so crave.

It will be interesting to see the fate of Big Music be decided by a new Trump Department of Justice, likely headed by Sen. Jeff Sessions, which will act very differently to anything we have ever seen before.

Wouldn’t it have been easier to just send a few musicians out to the inauguration? That would have scored a few points for their cause, but in the end, it shouldn’t matter about favors like that at all. The fact that they put their politics on full display only makes it easier for the new administration to do what is right by the law and in the best interest of the people.

What goes around comes around for Big Music.