Marxism is the End Game of the Rainbow Jihad 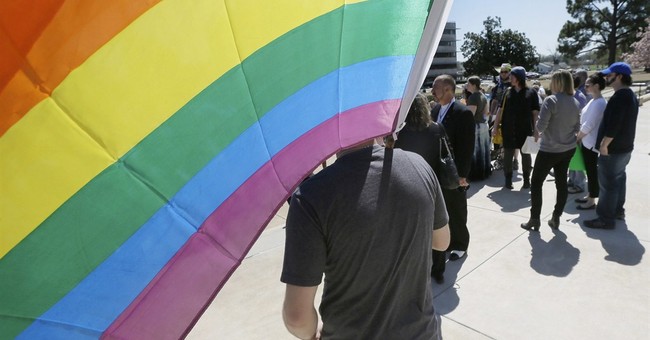 Radio host and television pundit Tammy Bruce has somehow managed to live her life as an openly homosexual woman, without it completely dominating the content of her character. A reformed liberal, she is a worthy adversary who is rarely shrill and generally prone to reasoned dialogue.

And that’s where she parts ways from much of the rest of the LGBTQ crowd.

If Bruce was the face of homosexual politics, it is doubtful I would have ever had the occasion to coin the phrase “Rainbow Jihad.” As a Christian I would still be concerned about the mainstreaming of what the Bible calls “sin” given the potential eternal consequences at stake. However, there would be no reason for that discussion to escalate into a full-blown culture war. Co-existence would still be possible in a free society. We would be free to pursue our happiness, and the church still free to call sinners to repentance when what makes us happy is wrong.

Yet the unrelenting militancy of the Rainbow Jihad forced my hand.

Bruce felt similarly compelled when she took to Fox News and Twitter last week in the face of the Rainbow Jihad’s targeting of children. She was addressing how a school in Maine stirred up controversy after a book about a child “with a boy’s body but a girl’s brain” was read to children in kindergarten through third grade. Bruce said on Twitter that “after working for marriage, adoption & family rights, turning to the notion of ‘transgendered’ 5 y/olds is an inexplicable, bizarre move” for the LGBT movement.

But this is exactly where Bruce’s gift for seeing beyond her confessed sexuality fails her. Having not made herself an everyday slave to licentiousness, she still can’t comprehend what is now painfully obvious: brainwashing children was exactly where this was going to end up all along.

With each of the homosexual lobby’s successful efforts to secure new “rights,” it has only grown more brazen. If P.J. O’Rourke’s observation is correct that “at the core of liberalism is the spoiled child,” then we are dealing with an exponential expression of that sentiment when the Rainbow Jihad goes to work.

You are dealing with outright Marxism. “You will be made to care,” and the spoiled child’s temper tantrums evolve into the worst of school-yard bullying if you dare to tell them “no.”

A lesbian pre-school teacher from Canada recently took to an LGBT conference to talk about how she begins her indoctrination with students as early as four years old, which is an approach that LifeSiteNews has documented to be in no way unique. In fact, Canadian gay activist Sason Bear Bergman, a woman pretending to be a man, wrote this last month in a piece titled “I Have Come to Indoctrinate Your Children Into My LGBTQ Agenda (And I'm Not a Bit Sorry)”:

“I am here to tell you: All that time I said I wasn't indoctrinating anyone with my beliefs about gay and lesbian and bi and trans and queer people? That was a lie.”

Just as our homegrown Rainbow Jihad is lying to us now.

LifeSiteNews went on to report that still another gay activist in the United States, Daniel Villarreal, wrote “we want educators to teach future generations of children to accept queer sexuality. In fact, our very future depends on it. Recruiting children? You bet we are.”

My state’s Republican governor, Terry Branstad, is even in on the scam, as he currently attempts to get an “anti-bullying” bill through the Iowa legislature that will serve as cover for homosexual activism among school children. Branstad also lends the prestige of his office to an annual LGBTQ youth conference better known for its X-rated approaches to discussing, ahem, tolerance and inclusion. Like how to tolerate “the pleasure you can get from eating your partner’s backside” according to Fox News.

Speaking of tolerance and inclusion, the Rainbow Jihad and its willing accomplices have thrived by squeezing every ounce of manipulation out of those words. Commercials are now running on the ABC “family channel” for a television show about a dad who wants to become a mom. Nothing says quality family time quite like gender reassignment surgery. Pop some popcorn, kids, and prepare to watch the world burn…err…get on “the right side of history.”

Canada has become truly revolutionary in that regard, making the religious freedom scrum in Indiana look like a tickle fight. It has happily turned itself into a police state for LGBTQ trigger language, and is willing to make criminals out of people who dare to say out loud that men and women are designed to complement one another and raise children accordingly.

That’s just the sort of pagan zeitgeist Ryan T Anderson was bum-rushed with a couple of weeks ago. The prominent writer and congenial defender of marriage was featured in a Washington Post article about his work. And then hazed by the parents and alumni of his former elite prep academy in Baltimore when the story was posted on the school’s website.

The school’s headmaster removed the story and issued an apology laden with buzzwords learned from the University of Interchangeable Genitalia. The school house door had been breached by the unpardonable sin of the free exchange of ideas, and we can’t have any of that, can we?

Diversity for me, but not for thee.

Because “tolerance” is really “we demand cultural dominance, and no dissent will be tolerated.” Tolerance has become so tolerant that it must now become intolerant in order to transcend tolerance.

We have seen the future and it’s a cross-dressing boot to the throat of a 4-year-old.