We Can't Live Like This, and We Won't Much Longer 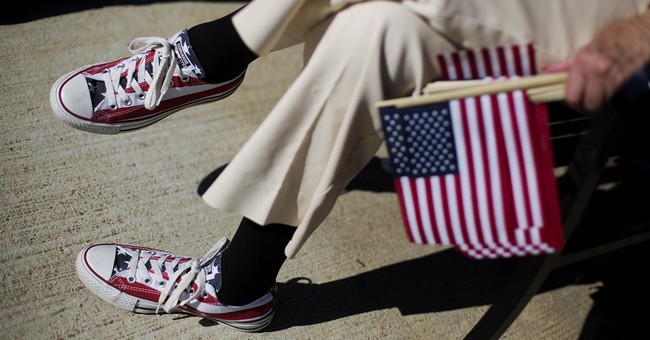 I wasn't alive during the 1960s counter-culture upheaval, so I can't speak to what daily life in America was like back then.

Was the average American connected to what was going on? Did they feel it, see it, and have to acknowledge it? Or, was it little more than flickering images on a much-smaller television screen. With the voiceover narration from Walter Cronkite or David Brinkley little more than background noise?

Given the fact Richard Nixon, who represented almost everything the counter-culture was opposed to, won two presidential elections during that time I'm inclined to think it was the latter and most Americans were detached from it. Especially when you consider soon after the country embraced the Reagan Revolution, whose goal was to hold back the counter-culture and make it "morning in America (Exceptionalism) again."

However, I fear this time my generation will be irrevocably marked by the counter-cultural upheaval of our era.

With all the media and technology we have at our disposal, we only have two options nowadays. And one of them sadly isn't to still fully participate in our civic responsibility, while insulating ourselves from the worst of what our culture has to offer. Like the previous generation could.

Instead, we only have fight or flight.

Either you have to fully immerse yourself in reality, and gaze upon the "full Monty" of our cultural implosion pornographically. Or join the "Idiocracy" and become a low-information American. Blissfully ignorant while you spend more time keeping up with the Kardashians than keeping up with current events.

A typical workplace conversation in America today goes a little something like this:

"Hey, did you see Bruce Jenner is a cross-dresser," one American asks his co-worker at the water cooler.

"I have no idea who Bruce Jenner is," the other American replies. "But I did see some New York City cops choke a guy to death on You Tube over cigarette taxes."

"Yeah, I must've missed that one," his co-worker says. "Anyway, I'm going to back to my cubicle to play some more Candy Crush."

We are two distinct cultures flying the same flag now, and I don't just mean that in terms of value systems. I think we all know that's been going on for a long time. Now we're two distinct cultures in terms of active participation in our very way of life, which makes self-government much harder even if we didn't have Cultural Marxists seeking to unravel our constitutional republic.

In fact, the Idiocracy is a reaction to the cultural upheaval, not the cause of it. These are people who have no idea if Michael Brown ever said "hands up don't shoot" because the media we used to trust can't even get that story straight. They don't understand why Obama does things Republicans constantly complain about, but then they see conservatives constantly complaining about Republicans going along with Obama on those very same things. Some media says Obama's actions are "lawless" and others say it's "unprecedented."

They don't know who to believe, so they just stop believing at all.

That leaves the active participants to fight among ourselves, with absolutely no restraint since today's technology gives us what we always said we wanted -- transparency. Now we actually know what each other really believes. Be careful what you wish for.

These are not straw men, or figments of fiction. These are the real voices that will determine our future.

There is no more polite society where we pretend to like people and ideas we don't, just to maintain the occasion. Today's technology will not allow us to lie to ourselves anymore. My and (especially) the generation behind me will never just default to automatically giving the benefit of the doubt to institutions revered by previous generations -- like the police, for example.

We are the Fox Mulders who "trust no one" except ourselves, of course. For with the breakdown of the civil order we become wise in our own eyes.

We will not find a middle way out of this. This is an either-or scenario. A pass-fail test.

We will either take the path that completes the Cloward-Piven mission of remaking America in the image of socialist democratic Western Europe. Or, we will choose the path that leads to spiritual and moral revival, and become the rarest of nations in history who having once lost its virtue recovers it.