Dear Democrats, You Lost My Mom 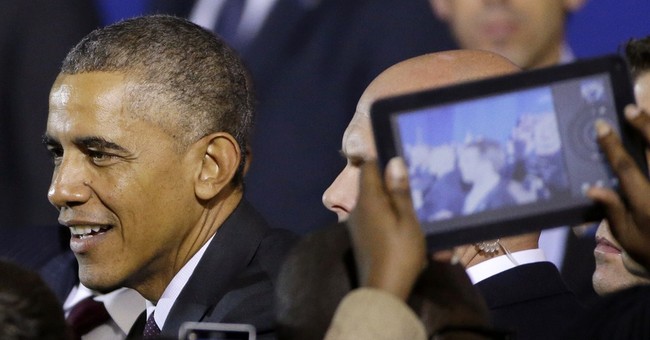 I write this as someone that grew up in a union household, and amid a family of Democrats. I was often the only Republican at family gatherings. Most of the people I loved the most growing up were Democrats. Sure, we disagreed on public policy at times. But we also took pride in the same flag, celebrated the same traditions of Americana, and believed in the same American dream.

It’s one of the people I love the most, my mom, which I am writing to you about today.

My mom grew up poor and had me at just 15-years old. Like a lot of single moms she needed government assistance at times, and that meant she came to believe government should do for people what they can’t do for themselves. Eventually she married, went back to school, and became a nurse. But her belief that was government’s role in our lives remained.

As far as I know my mom has voted for one Republican in her life. That was Ronald Reagan in 1980, because even she came to grips with the failure that was the Carter presidency. During much of my adult years my mom and I just haven’t discuss politics all that much since it was an area we deviated, and we didn’t see the need to let it come between us. She roots for my career in conservative media to be a success because she loves me, not because she always agrees with what I was writing and saying.

But a funny thing has happened as of late. My mom is now bringing up politics to me unsolicited, because she is troubled by what is happening to the country. In fact, she’s troubled by one person in particular.

Like many Americans she swelled with pride to see Obama become the first black president in the hopes he could heal the divisions in our country. She doesn’t believe in political saviors, but she hoped Obama could be a transformative figure. Unfortunately, that is exactly what she thinks Obama has been—but not for good.

For many years my mom believed Leftist boogeyman like Obama weren’t real, but straw men made up by conservatives like me as foils for our arguments. If they did exist, she figured they were relegated to the bowels of tenured academia and sequestered from the gen pop. However, Obama has convinced her otherwise.

My mom doesn’t believe Obama loves America and our traditions, and she never watches Fox News (unless her son is on) either. She doesn’t believe he is an honorable man, but rather lying about what his true intentions for the country are. And looking at polls since Obama’s re-election, it’s obvious she is not alone.

That doesn’t mean my mom is now a rock-ribbed Republican because she’s not. She goes to the polls, but like a lot of Americans she really doesn’t like either of her choices. She’s no longer voting straight ticket Democrat. Nevertheless, the distrust she now has for Obama has her seriously listening to my advocacy for conservative solutions and ideas for the first time. Obama has been a better political evangelist to my mom than have I, her first-born son she dearly loves.

One of the things my mom detests the most are Obama’s tactics—the pernicious race-baiting, the shameless lawlessness, and all the broken promises (i.e. “if you like your current healthcare plan you can keep it”). She is also disgusted to see Obama try and use government to persecute the religious beliefs of those who still cling to the morality that once founded America, and bound us together as a people.

In short, my mom is having a political existential crisis because she now believes whatever Obama is, that’s not who she is or what she wants America to be. She loathes his record and his arrogant rhetoric.

In the past we’ve disagreed but still shared a culture. As a conservative I want to convince you that what I believe is what’s best for the country, but it is not good for any of us to have one of our two major parties taken hostage by those who don’t believe in what America is supposed to stand for. When you have a president like Obama who doesn’t believe in tolerating dissent on any level, and that he can just mislead the American people and circumvent the Constitution repeatedly, that deepens the divisions and amps up the fiery rhetoric on both sides.

We then become a nation where differing ideas cannot co-exist. That is not good for any of us, regardless of our belief system, and it’s certainly not good for our children and grandchildren’s future. This is a bigger threat to America than any external ones we face, because this threatens unravel our culture and weakens us as a people.

Besides, Obama isn’t helping you anyway. He’s only helping himself and his agenda. Take a look at the numbers

In 2010, over 700 incumbent Democrats lost their elections. Democrats now have their lowest representation in state legislatures since the 1920s, and Republicans have their most seats in Congress in 86 years. Arkansas has two Republican senators for the first time since the 1870s. West Virginia sent its first Republican to the U.S. Senate since 1942. Michelle Nunn only received 28% of the white vote in Georgia. For the first time since 1957 there are Republican governors in Maryland, Massachusetts, and Illinois at the same time.

Furthermore, take a look at this map of what the country looked like politically when Obama took office, and what it looks like now. Over 80% of U.S. geography is now represented by Republicans.

If Obama follows through on his executive amnesty, I can promise you the chances you’ll win the 2016 election will severely diminish. The American people clearly demonstrated on Tuesday they don’t want open borders. If Obama thumbs his nose at the American people at a time we’re threatened by diseases like Ebola and ISIS coming across our border, he will take even more of you down with him two years from now.

One of your big issues, minimum wage, won big on Tuesday in conservative states like Arkansas, South Dakota, and Nebraska. Yet all your candidates there lost because of what Obama is doing to this country. The time has come for you to make a choice as a party, either Obama and his Marxist leanings or America.

My mom’s story testifies to the truth you can’t have both.