Steve Chapman
|
Posted: Feb 16, 2017 12:01 AM
Share   Tweet
The opinions expressed by columnists are their own and do not necessarily represent the views of Townhall.com. 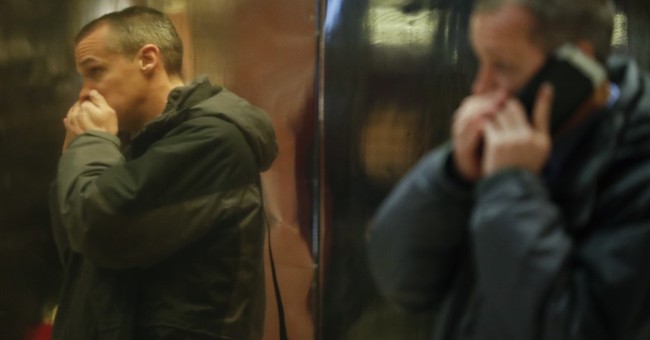 Trending
Since arriving in the White House, Donald Trump has upended many customs and norms, including many whose value was not fully appreciated before. But at least one tradition has proved impervious to his corrosive impact: the University of Chicago's reverence for free and open debate.

Trump's penchant for lies and demonization has thoroughly polluted political discourse. He has blurred the line between reality and fiction in a way that North Korean propagandists must envy. He has also converted many of his followers to ideas they once rejected -- such as the ineffable charm of Vladimir Putin.

But he has also driven some on the left mad. On Feb. 1, at the University of California, Berkeley, self-styled anarchists attacked police and civilians, started fires and smashed windows in a successful effort to prevent an appearance by the venomous Breitbart News contributor Milo Yiannopoulos.

This time, the offending party is the president's first campaign manager and notorious apologist, Corey Lewandowski. He was invited by the University of Chicago's Institute of Politics, headed by longtime Barack Obama adviser David Axelrod, to participate in a closed, students-only seminar on Wednesday. Naturally, some at the university demanded that he be disinvited.

UofC Resists, which represents students and faculty, is one of four groups that signed a letter to Axelrod proclaiming that the institute should not "provide platforms" to "those who incite hatred and violence against refugees, immigrants and minorities."

Assistant philosophy professor Anton Ford offered a creative elaboration. "Sometimes there are people or views that are dangerous in and of themselves," he told the Chicago Tribune's Dawn Rhodes. "The very ceremony of debating that is problematic."

But those objecting are using words in the same deceptive way as Trump and his confederates. In the first place, Trump's inflammatory words about Mexicans and Muslims do not amount to incitement, which refers to trying to produce immediate action. Had Trump actually incited violence, he could be criminally prosecuted.

Last year, the U of C was the site of a lecture by Angela Davis, a longtime leftist and former Communist Party USA leader -- which somehow went off without much notice. This is a woman once indicted for supplying guns to men who took over a California courthouse to force the release of prison inmate George Jackson. In the process, they took hostages and killed a judge.

Davis was acquitted, as historian Ronald Radosh has written, "despite her proven ownership of the murder weapons and a cache of letters she wrote to George Jackson in prison expressing her passionate romantic feelings for him and unambivalent solidarity with his commitment to political violence."

Lewandowski's sins, though they be as scarlet, don't come close to that level of reckless irresponsibility. If his opinions are dangerous, as I think they are, they are also well within the protection of the First Amendment. For him to be invited to defend Trump is exactly what freedom of expression is supposed to include.

Ford rejects the "ceremony of debate" as intolerable. But debate, particularly with those holding toxic views, is not a ceremony. It's the beating heart of a free, democratic society.

Shielding U of C students from exposure to Lewandowski wouldn't refute his views or convert those who share them. It would only prevent students from hearing what he thinks, gaining insights into how the campaign persuaded so many voters and responding to him.

The university, to its credit, firmly upheld its formal policy on free expression, which says that "debate or deliberation may not be suppressed because the ideas put forth are thought by some or even by most members of the University community to be offensive, unwise, immoral, or wrong-headed."

This is not the only school that insists on permitting speech that some abhor. There was Texas A&M, which in December allowed a talk by white supremacist Richard Spencer -- an event that moved thousands of Aggies to hold a counter-event at the football stadium. There was Berkeley, which refused to cancel the Yiannopoulos talk until violence made it too dangerous for anyone in the vicinity.

The people in charge of these institutions understand that if suppression of speech ever becomes the default option in America, the people being suppressed will be on the left, not the right. They also know that the only way to defeat bad ideas is to advance good ideas -- and that the time to get started on that urgent task is now.