The Folly of 'Buy American and Hire American'

Steve Chapman
|
Posted: Jan 26, 2017 12:01 AM
Share   Tweet
The opinions expressed by columnists are their own and do not necessarily represent the views of Townhall.com. 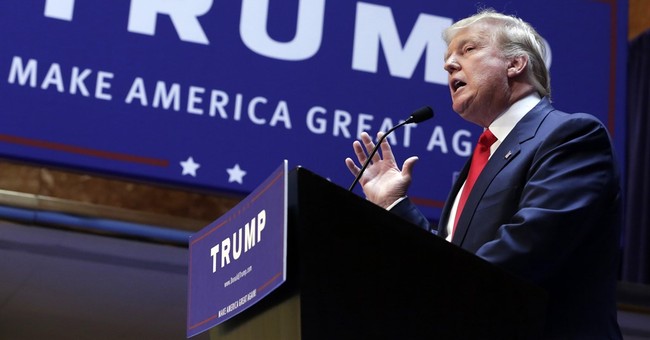 Now that the campaign is over, Donald Trump is no longer willing to fake it. Last year, he insisted, "I love free trade. But I want to make great deals." In his inaugural address, he dropped the masquerade.

"We must protect our borders from the ravages of other countries making our products, stealing our companies and destroying our jobs," he said. "Protection will lead to great prosperity and strength." His formula is simple: "Buy American and hire American." In his vision of the future, we may export but we will never import.

Trump is never more certain than when he is completely clueless. The truth is that protection against foreign trade leads away from prosperity and strength. A country that deprives itself of foreign goods is doing to itself what an enemy might try to do in wartime -- cut it off from outside commerce. It is volunteering to impoverish itself.

Countries don't "ravage" us when they make "our" products; they help us. At the risk of belaboring the obvious, the essence of trade -- foreign or domestic -- is that it makes both buyer and seller better off. Otherwise, they wouldn't bother.

But preventing such mutually agreeable transactions is Trump's dream. Already he has announced he will renegotiate NAFTA and walked away from the Trans-Pacific Partnership, a 12-nation deal that Barack Obama signed but Congress had yet to approve.

Trump may promise "great deals," but he is likely to get -- and would probably be content with -- no deals. What foreign government will rush to sign an agreement stipulating that our companies will only "buy American and hire American"?

His belief that international commerce is bad for Americans and protection is good for us is not a theory but an ancient superstition. One of the most irrefutable insights of economics is that if a country can buy something abroad for less than the cost of making it at home, it's better off buying it. That transaction allows citizens to consume more for each dollar spent. It makes them richer.

The United States could grow all its fresh fruits and vegetables rather than buy some from Mexico -- just as Mexico could grow all the corn and soybeans it needs rather than purchase from us. But the costs would be higher on either side. Open trade allows people in each country to eat more and better.

It also allows each economy to produce more. Trump fantasizes that American companies and workers would be better off without foreign competition. But the steel that goes into American cars and the lumber that goes into American houses would be more expensive if it all had to be produced within our borders. In industries deprived of imported supplies, prices would rise, sales would decline and employment would shrink.

The U.S. auto industry has plants in Mexico that make cars sold in the U.S., to the horror of the new president. But if he guts NAFTA, those jobs won't all move here.

A study by the Center for Automotive Research in Ann Arbor, Michigan, said that American firms that ship car parts to Mexico could lose out to suppliers in other countries. Overall, scrapping the accord and setting high tariffs would destroy 31,000 jobs in the U.S. automotive sector.

Trump defends his protectionism by asserting that "every decision on trade" should "be made to benefit American workers and American families." But free trade does exactly that. It's the classic example of a policy that benefits the many while harming the few.

Only about 14,000 Americans are employed making footwear. About 324 million Americans, on the other hand, wear shoes. Putting up barriers to foreign-made shoes would injure far more American workers and families than it would help.

It would also be a drain on the economy. When Obama slapped heavy tariffs on Chinese tires, the Peterson Institute for International Economics found, he saved no more than 1,200 jobs -- at an annual cost to consumers of $900,000 per job.

Spending nearly a million dollars to save a job that typically pays $41,000 a year is not a recipe for prosperity. It's the equivalent of selling $20 bills for a dollar apiece. Trump's dream of "buy American and hire American" would work exactly the same way.

Trump, of course, is a business magnate whose companies have sold products made everywhere from China to Honduras. In this case, wisdom lies in following his example, not his advice.