Why Is Hillary Still a Hawk?

Steve Chapman
|
Posted: Jul 03, 2016 12:01 AM
Share   Tweet
The opinions expressed by columnists are their own and do not necessarily represent the views of Townhall.com. 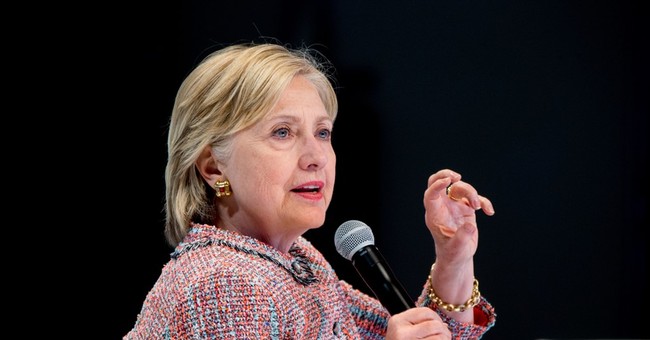 Trending
In an era of endless military conflict, anti-war sentiment abides among Democrats. In 2004, their presidential nomination went to John Kerry, who was strongly critical of George W. Bush's handling of the war in Iraq. In 2008, they chose Barack Obama, largely because he had opposed that war. This year, 12 million people cast ballots for Bernie Sanders, who voted against it.

According to Gallup, 68 percent of Democrats think the Iraq War was a mistake -- compared with just 31 percent of Republicans. Two in three reject the use of ground combat troops against Islamic State.

Then there is Hillary Clinton, who will be this year's nominee. Few Democrats have more consistently favored the use of military force. She voted for the Iraq War. As secretary of state, she urged President Obama to escalate the war in Afghanistan.

New York Times correspondent Mark Landler, author of the new book "Alter Egos: Hillary Clinton, Barack Obama, and the Twilight Struggle Over American Power," told me her aides have told him she favored shipping lethal defensive military equipment to the government of Ukraine after the Russian invasion, something Obama rejected.

She pushed for U.S. intervention in Libya. She proposed similar action in Syria. She has recounted her advice to her husband in dealing with Serbia in 1999: "I urged him to bomb."

Most Democrats, particularly Obama, have learned to be wary of entangling the United States in wars of choice. But not Clinton. Despite the disaster in Iraq, the failure in Afghanistan and the chaos in Libya, she remains a hawk at heart.

Landler, who covered Obama and Clinton for The New York Times, sees a clear difference between her approach to foreign policy and that of the president she served. Obama believes "the United States resorts too readily to military force to defend its interests," he writes. Clinton thinks "that American intervention does more good than harm, and that the writ of the United States properly reaches, as George W. Bush once declared, into 'any dark corner of the world.'"

Robert Gates, who was defense secretary under Obama, likes and admires Clinton. But when she pressed Obama to bomb Moammar Gadhafi's forces -- which Landler says he probably would not have done otherwise -- Gates resisted, arguing that Libya was not a vital U.S. interest and that there was no telling what would happen next. "In meetings, I would ask, 'Can I just finish the two wars we're already in before you go looking for new ones?'" he wrote later.

Clinton has gotten endless criticism for her handling of the 2012 attacks on a U.S. facility in Benghazi. She deserves more, but has gotten far less, for recommending an intervention that led to that attack and left Libya in violent turmoil that continues today.

Landler attributes this bias to several factors, including her conservative Midwestern upbringing, her rapport with generals and, in the words of one staffer, "a textbook view of American exceptionalism."

Other reasons come to mind. She saw Democratic senators politically damaged by voting against the 1991 war against Iraq, and she was not about to take the risk of opposing the next one. As a woman, she doubtless has felt the need to demonstrate that she can be as tough -- as that term is typically defined in American politics -- as any male leader.

Obama made the mistake of intervening in Libya, but in a recent interview with The Atlantic, he admitted, "It didn't work," and "Libya is a mess." Clinton, however, has never expressed second thoughts. During his recent visit to Chicago, I asked Landler about her ability to confront the possibility she was wrong.

"I don't find the same evidence of a learning curve with her," he said. "I would have liked to see a little more introspection from her on that, because I think that's the key case where she led the charge, it didn't go the way they hoped it would and there are some really important lessons to be drawn."

In that instance, she apparently didn't learn from our failed military intervention. If she becomes president, I'm guessing, she'll get another chance.