Steve Chapman
|
Posted: Jun 26, 2016 12:01 AM
Share   Tweet
The opinions expressed by columnists are their own and do not necessarily represent the views of Townhall.com. 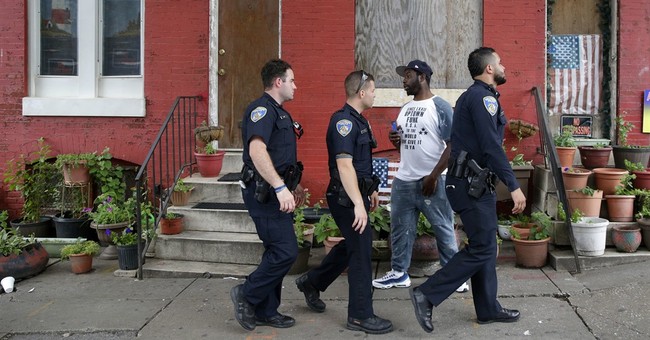 Trending
Local prosecutors, being elected to office, are subject to the rule of the people. Their decisions, however, are not -- or at least they shouldn't be. Any state's attorney or district attorney worthy of the office gives public opinion about particular cases exactly the weight it deserves: zero.

If you need evidence for the wisdom of that approach, take the decision of Baltimore State's Attorney Marilyn Mosby to indict six police officers in connection with the arrest of Freddie Gray. The 25-year-old African-American's death from spinal injuries while in police custody had echoes of the police shooting of Michael Brown in Ferguson, Missouri. It set off protests and riots that went on for days.

Mosby helped restore calm by announcing the charges less than two weeks after Gray's death. "To the people of Baltimore and the demonstrators across America: I heard your call for 'No justice, no peace,'" she said then, promising "to deliver justice on behalf of this young man." In the strife-torn city, reported The New York Times, her "surprise announcement did seem to bring a palpable sense of relief."

The Black Lives Matter movement has voluminous cause to protest the lethal treatment of African-Americans by police. John Crawford was shot to death in an Ohio Wal-Mart while holding a BB gun he had taken off the shelf. Walter Scott, unarmed and fleeing after a traffic stop in South Carolina, died from multiple gunshots in the back. Laquan McDonald was riddled with 16 bullets while walking away from Chicago police.

But criminal prosecutions are the wrong tool for appeasing legitimate anger about broad patterns of police abuse and overcoming centuries of discrimination. Their function is to hold wrongdoers accountable for specific offenses. They should be brought only when the evidence is sufficient to prove guilt.

In the case of Gray, three different cops have gone on trial and none has been convicted. The first trial produced a hung jury, and the other two ended in acquittal. The outcomes support the accusation by Hal Riedl, a white investigator for the previous state's attorney, that this "was a totally political prosecution."

The latest verdict doesn't mean the cop was blameless. But as the judge said, "the state has failed to meet its burden to show that the actions of the defendant rose above mere civil negligence."

Declining to file charges in the case would have been politically risky for Mosby. But prosecutors have a duty to put such considerations aside before putting a police officer or any other citizen at the mercy of the criminal justice system.

Withstanding the pressure of public sentiment is a part of the job that St. Louis County Prosecuting Attorney Robert McCulloch took seriously after Ferguson patrol officer Darren Wilson fatally shot Michael Brown, an unarmed 18-year-old. After presenting evidence to a grand jury that refused to bring charges, allowing Wilson to go free, McCulloch was reviled from coast to coast.

But he explained his decision not to pursue an indictment with admirable concision: "I know what it takes to prove a case in court, and if I can't prove it, I can't charge it."

Responding to the uproar and the unanswered questions about the killing, Attorney General Eric Holder ordered a Justice Department investigation of whether the officer violated Brown's civil rights. It found "no credible evidence to refute Wilson's stated subjective belief that he was acting in self-defense."

Holder endorsed that finding. "Brown's death, though a tragedy, did not involve prosecutable conduct on the part of Officer Wilson," he said.

A separate Justice Department report concluded that law enforcement in Ferguson has been unfair and brutal in its treatment of African-Americans. "These disparities occur, at least in part, because Ferguson law enforcement practices are directly shaped and perpetuated by racial bias," it found. The city ended up agreeing to major changes to avoid a federal lawsuit.

In some ways, Brown's fate may have been the toxic product of an inequitable criminal justice system. But McCulloch recognized that indicting Wilson would have been neither helpful nor sufficient in bringing about fundamental improvements. If there was guilt, it lay elsewhere.

When people die at the hands of police, there is often a furious public outcry against the cops involved. As these cases reveal, though, snap conclusions based on incomplete evidence can be terribly mistaken. Mob justice can be satisfying, but it's rarely justice.