Downplaying the Dire Threat From Zika

Steve Chapman
|
Posted: Apr 17, 2016 12:01 AM
Share   Tweet
The opinions expressed by columnists are their own and do not necessarily represent the views of Townhall.com. 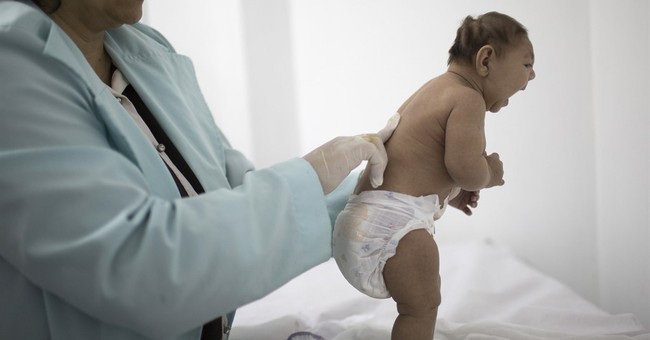 Trending
The Zika virus poses a major danger to Americans, and it's reassuring to know that the Republican presidential candidates are ready to take it on.

"When I'm president, unlike Barack Obama, we will keep this country safe," promised Ted Cruz. "We need protection in our country," declared Donald Trump. John Kasich agreed, "We must overcome it."

Oh, wait. My mistake. They weren't talking about Zika. They were talking about terrorism. One vicious enemy that could invade the country and wreak havoc on innocent people brings out their fighting instincts -- while another one evokes indifference. But once summer arrives, ignoring the virus, which is carried by Aedes mosquitoes, won't be an option.

It shouldn't be an option now. Our leaders ought to be running around with their hair on fire. On Monday, Anne Schuchat, an official at the Centers for Disease Control and Prevention, delivered a grim update: "Everything we look at with this virus seems to be a bit scarier than we initially thought."

How so? "There is no longer any doubt that Zika causes microcephaly," said CDC Director Thomas Frieden, referring to a birth defect characterized by an abnormally small head and brain damage. There is more bad news. It also causes other problems in pregnancy, including premature births. The mosquitoes known to carry Zika inhabit 30 states, not the 12 previously thought.

The virus, scientists have discovered, can do harm at any stage of pregnancy, not just the first trimester. It apparently can also spread through sex.

One more thing: Laurie Garrett, a senior fellow for global health at the Council on Foreign Relations, says it's possible Zika can be carried by Culex mosquitoes, by far the most common types in North America.

In experiments, scientists have been able to infect these ubiquitous pests with Zika, which suggests they could carry the virus in the wild and transmit it to humans. In that case, Garrett told me, Zika "absolutely will be a much bigger problem." Like the West Nile virus -- which didn't appear in the United States until 1999 but has since spread to all 48 contiguous states -- it "will be everywhere," she said. "We'll never get rid of it."

The disease could create genuine terror in millions of women going through or contemplating pregnancy, along with their partners. If this danger were one created in an Islamic State laboratory and smuggled in by militants masquerading as refugees, the GOP candidates would be blaring like sirens. That's about the only way the virus would get their full attention.

Asked about Zika by radio host Hugh Hewitt, Cruz mounted his favorite hobbyhorse. The virus, he warned, could be a weapon for "radical Islamic terrorism, where they're looking for asymmetric ways to direct force and cause murder and mayhem."

Maybe that will be a problem someday, in which case we can thank Cruz for the heads-up. Right now, though, the asymmetric threat comes from mosquitoes, which evoke no comparable urgency in him or his GOP rivals.

In the summer months, these insects appear not just in Florida and Louisiana but as far north as Vermont and Minnesota and as far west as California. The virus is already present in Puerto Rico -- whose people are U.S. citizens. There the CDC predicts hundreds of thousands of infections.

For most adults, Zika produces only flu-like symptoms or no symptoms, but it is suspected of causing serious neurological diseases. The worse danger is to fetuses. There is no cure for microcephaly, and the lifetime cost of caring for someone born with it is about $10 million -- an expense taxpayers will share.

It would be wiser to spend money now on programs aimed at eradicating mosquitoes, educating Americans on how to protect themselves and developing a vaccine. The Obama administration has responded to the peril by asking Congress for $1.8 billion in emergency funding, which Frieden says is "urgently needed."

But Republicans in Congress have refused, advising the administration to use money provided for other diseases, including Ebola. Hillary Clinton rejected that idea: "Why would we lower our defenses against one public health threat in order to meet another one?"

Republicans have sound reasons to question much of what Washington does. But governments have few duties that are less controversial or more important than guarding against serious infectious diseases.