Could Ted Cruz Be Disqualified?

Steve Chapman
|
Posted: Jan 28, 2016 12:01 AM
Share   Tweet
The opinions expressed by columnists are their own and do not necessarily represent the views of Townhall.com. 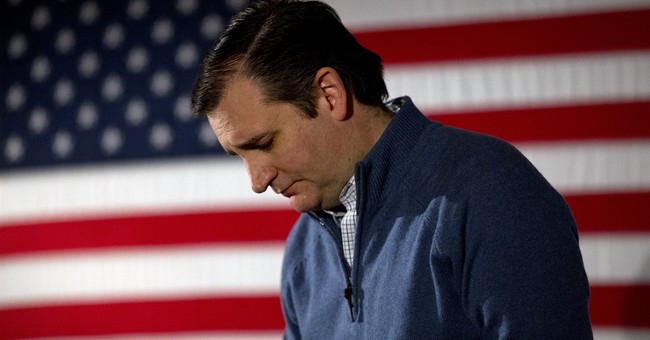 Trending
If you attend a presidential campaign event, you may come across someone wearing colonial garb or an Uncle Sam costume or body paint. But a Ted Cruz rally in Iowa last weekend featured something possibly unprecedented: guys dressed up as Royal Canadian Mounted Police.

This was not a random choice of attire. The guys in scarlet tunics were protesters, who passed out copies of Cruz's Canadian birth certificate to highlight the questions about his eligibility for the American presidency. The Constitution says the president must be "a natural born citizen" of the United States.

There is no dispute that the Texas senator was a U.S. citizen from birth, since his mother was an American. Donald Trump has raised questions, though, about whether Cruz, being born in the great state of Alberta, qualifies as "a natural born citizen."

Cruz dismisses the issue. "It's settled law," he says. "As a legal matter it's quite straightforward." In fact, it's never been settled, it's not straightforward and some experts don't agree with his reading.

The fact that it was Trump who raised the issue made it deeply suspect. But though it's unlikely that anything coming out of Trump's mouth is true, it's not impossible. And his claim that this is an unresolved question that could end up throwing the election into doubt happens to be correct.

When it comes to parsing the crucial phrase, Harvard law professor Laurence Tribe has noted, "No Supreme Court decision in the past two centuries has ever done so. In truth, the constitutional definition of a 'natural born citizen' is completely unsettled."

Tribe says that under an originalist interpretation of the Constitution -- the type Cruz champions -- he "wouldn't be eligible, because the legal principles that prevailed in the 1780s and '90s required that someone actually be born on U.S. soil to be a 'natural born citizen.'"

Cruz retorted that this is just what you'd expect from a "left-wing judicial activist." But Tribe, an eminent constitutional scholar, is not so predictable. He surprised gun-rights advocates years ago, before the landmark Supreme Court decisions on the Second Amendment, when he said it protects an individual right to own firearms.

Even if he's a judicial activist, the Supreme Court might agree with him. Cruz should know as much, because he has denounced the court for its "lawlessness," "imperial tendencies" and, yes, "judicial activism."

Nor is Tribe alone among experts. University of Chicago law professor Eric Posner says, "The ordinary meaning of the language suggests to me that one must be born on U.S. territory." Chapman University's Ronald Rotunda, co-author of a widely used constitutional law textbook, told me a couple of weeks ago he had no doubt that Cruz is eligible. But when he investigated the issue, he concluded that under the relevant Supreme Court precedents, "Cruz simply is not a natural born citizen."

Catholic University law professor Sarah Helene Duggin wrote in 2005, "Natural born citizenship is absolutely certain only for United States citizens born post-statehood in one of the fifty states, provided that they are not members of Native American tribes."

Steven Lubet, a Northwestern University law professor, spies another possible land mine. Cruz qualified for citizenship because his mother was an American citizen (unlike his father). But "under the law in effect in 1970, Cruz would only have acquired U.S. citizenship if his mother had been 'physically present' in the United States for ten years prior to his birth, including five years after she reached the age of fourteen," Lubet wrote in Salon.

That raises two questions: Did she live in this country for the required amount of time? And can the Cruz family prove it?

Whether the justices would take the case is another question. Unless some state election official bars him from the ballot on constitutional grounds or a rival candidate goes to court, it's unlikely a lawsuit would get a hearing. But if that happens, the Court may elect to resolve the matter -- and no one can be confident of the ultimate verdict.

Trump, believe it or not, is onto something. Cruz's candidacy suffers a potentially fatal defect. If Cruz is nominated or elected, he could be disqualified. When Republican voters cast their ballots, they have to ask themselves: Is he worth the risk?