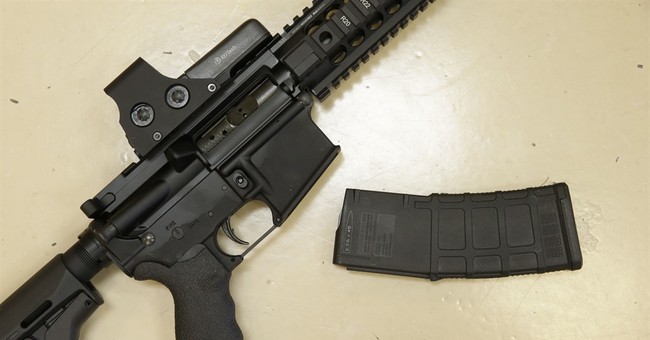 Trending
Mass shootings elicit a chorus much like the widespread response to the Islamic State: We must do something, now, and any measure is better than none.

In the wake of the San Bernardino massacre, there is no shortage of tough-sounding solutions on offer. But they are largely exercises in well-meaning futility. Anything is not always better than nothing.

The automatic prescription anytime someone uses firearms to slaughter a group of people is stricter controls on guns and gun owners. But the San Bernardino episode illustrates the puny impact of such measures. California, after all, has among the tightest restrictions in the country. They didn't stop Syed Farook and his wife, Tashfeen Malik, from killing 14 people and injuring 21 in a barrage of some 150 bullets.

The state has long prohibited "assault weapons." Anyone who owned one before the ban was required to register it. Magazines holding more than 10 rounds are also illegal.

Federal law allows private sales without background checks, an exemption President Barack Obama wants to close -- but California has already closed it. The state mandates a 10-day waiting period for every gun purchase and a permanent record of the transaction. California is pretty much a gun controller's dream.

Yet an editorial in the Los Angeles Times immediately demanded universal background checks and a ban on "military-style weapons" and large magazines -- the author having forgotten, perhaps, that those are already in place. If those proposals were not sufficiently irrelevant, the editorial also urged "more trigger locks" and the abolition of concealed carry laws, neither of which would have made any positive difference in San Bernardino.

On Thursday, the Senate blocked legislation introduced by California's Dianne Feinstein to stipulate that people on the Transportation Security Administration's no-fly list may not buy guns. Obama endorsed the idea. But evidently, neither of the killers was on the no-fly list; Farook flew to Saudi Arabia earlier this year, and Malik flew back with him after passing a background check for her visa.

It's hard to think of any plausible safeguard that would have blocked firearm acquisitions by the husband -- a Chicago-born U.S. citizen with a government job, a spotless record and no known history of mental illness. Law enforcement officials report that all four of the guns the killers had were bought legally in California.

Farook bought the two pistols, and another man bought the two rifles. The couple may have gotten the rifles despite the state's ban on the sale of existing "assault weapons" to private buyers and its rule that all gun transfers must go through a licensed dealer. Determined criminals can easily evade the law.

Two people capable of making or acquiring more than a dozen pipe bombs, which are not sold at Wal-Mart, probably have ways of getting the sort of guns they deem necessary.

Not that they would especially need "assault weapons." These rifles are functionally indistinguishable from other semi-automatic firearms, which discharge equally lethal rounds with equal rapidity. And plenty of ordinary guns with higher calibers can do worse damage just as quickly.

Trying to prevent carnage by getting rid of "assault weapons" is like trying to prevent alcoholism by outlawing vodka. There are plenty of good substitutes. Limiting the size of magazines is also no hurdle for a minimally competent shooter, who can bring extras to quickly replace depleted ones.

To note these realities is not to succumb to despair. The good news is that it is possible to drastically reduce gun violence. In fact, we have already done it. The rate of fatal shootings has dropped by almost half in the past two decades, and the rate of nonfatal shootings has plunged by 75 percent.

The crucial changes have come about not in our laws but in our culture. Americans are less violent today than in the past, for reasons we don't entirely understand.

What about mass shootings? The prevailing belief is that they are becoming far more common. But Northeastern University criminologist James Alan Fox has noted that regardless of whether you look at the past five years or the past 30, there has been no upward trend. What has increased, hugely, is the amount of media attention such incidents get.

Increasing or not, it would be nice if someone could devise a reliable way to prevent these gruesome atrocities. Until then, let's not fool ourselves.