The Surprising Disappearance of Inflation 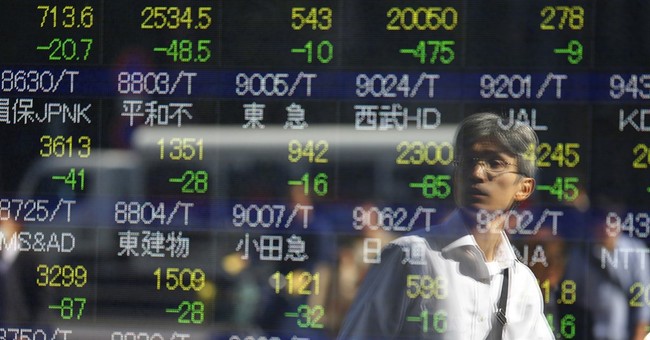 Trending
In a world in which the Cold War is a fading memory, North Korea and Cuba endure as museums of communism, so no one will forget how criminally insane it always was. In a world haunted by the specter of persistently falling prices, some countries are creating severe inflation, so we can be grateful for its virtual disappearance.

One of the governments providing this public service is that of Venezuela, where the currency has lost so much value that even robbers reject it. A recent carjacking victim told The New York Times his armed captors had no interest in his bolivars. They only wanted to know whether he had U.S. dollars stashed somewhere.

That sort of thing happens when annual inflation is over 150 percent. Feeding a family of five for a month cost three times more in August than it did a year before. Shortages abound; black markets are proliferating; and Venezuelans find themselves bartering goods and services to get by.

The source of the malady is plain: a socialist government that has mismanaged the economy, which is also feeling the pain of falling world prices for oil, the nation's chief export. "There's been a lack of respect and understanding of the implication of money printing and excessive money creation on the economy," former International Monetary Fund official Claudio Loser told The Wall Street Journal.

The more currency that is produced the less anyone wants it. "People are literally getting rid of money faster than the government can print it," Bank of America economist Francisco Rodriguez said.

Venezuelans find that their misery has only a little company. The yearly rate in Argentina has run above 20 percent for years and is now around 30 percent. Malawi is at 24 percent. Each day, the coins and bills their citizens carry buy less than the day before.

This may be hard for Americans to imagine, given their recent experience. On average, over the past five years, the consumer price index has risen at the minimal rate of 2 percent annually, and the inflation rate hasn't reached 4 percent since 1991. Many adults have never had the dread experience of watching prices rising rapidly across the board year after year.

Their elders, who were not so lucky, retain a fear of inflation in their bone marrow. Baby boomers were raised on lurid tales of hyperinflation in 1920s Germany, when consumers had to carry piles of money in wheelbarrows to do their normal shopping. That wasn't the worst of it. The trauma, we were taught, led to the rise of Adolf Hitler.

In the 1970s, we got our own taste of it. The U.S. inflation rate soared into double digits and stayed there. A bag of groceries that cost $20 in 1972 cost $46 in 1982. The price of gold skyrocketed from $38 per ounce to $615. Not much imagination was needed to picture a sudden run on wheelbarrows.

It didn't happen, thanks to a Federal Reserve that, in the early 1980s, slammed on the brakes by raising interest rates and curbing monetary growth. Since then, inflation has stayed tame -- to the point that these days, the debate is about whether we have enough of it. Charles Evans, president of the Federal Reserve Bank of Chicago, recently argued that the central bank shouldn't raise interest rates until "we begin to see some sustained upward movement in core inflation."

That view is at odds with the demands of those Republicans who have been predicting a nasty outbreak of inflation since at least 2009. Conservatives once had to battle to get liberals to recognize the harm done by creating too much money. But rather than celebrate their victory, they keep fighting the last war. As a result, they ignore the new danger, which takes the form of deflation and slow growth.

In September, the Bureau of Labor Statistics reported that U.S. inflation over the previous year was zero. The European Union's inflation was less than zero. Japan is in the same territory. Falling commodity prices are a threat to developing countries whose economies depend on exporting raw materials. A little inflation might be a good thing for growth.

No one would have imagined a couple of decades ago that we would learn how to stop high inflation and keep it stopped. Like communism, it can still be found in a few places. But like communism, it's no longer much of a threat.