The Case for the "Right To Die" 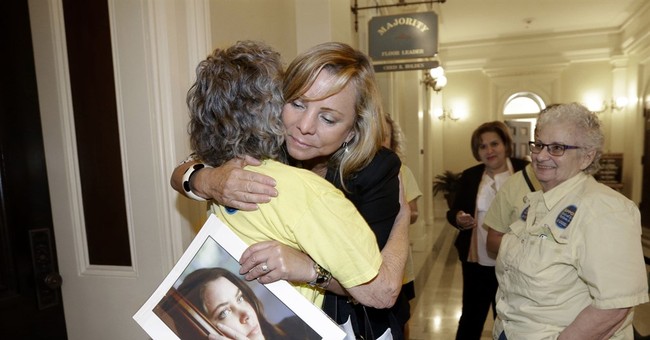 Trending
Life is a gift that can also become an intolerable burden. For those afflicted with terminal diseases, the grim approach of death is accompanied by what, for some, is the unbearable prospect of pain, confusion and helplessness. If death can't be avoided, they would like to decide how and when it comes.

With them in mind, the California legislature recently approved a bill to permit what supporters refer to as "right to die" and opponents call "assisted suicide." It awaits action from Gov. Jerry Brown, who hasn't said whether he'll sign it.

The legislation came less than a year after the death of Brittany Maynard, a 29-year-old Bay Area resident who moved to Oregon after being diagnosed with incurable brain cancer.

Oregon is one of five states that allow physicians to provide such patients with drugs to end their lives, which Maynard couldn't do at home. She made a video explaining her decision, and on Nov. 1, surrounded by loved ones, she carried it out, dying peacefully in her bed.

Oregon was the first state to pass this kind of measure, authorizing fatal medications for terminally ill patients estimated to have six months or less to live. It grants access only after they request it orally on two separate occasions at least 15 days apart and once in writing, in the presence of witnesses. It requires the involvement of two doctors -- who are supposed to confirm mental competency and inform patients of other options. The California bill is modeled on it.

Before the Oregon law took effect in 1997, critics -- I was one of them -- feared it would put pressure on patients to kill themselves, warp the practice of medicine, dry up hospice care and put the poor in jeopardy. "It will lead to full-bore, active euthanasia," bioethicist Wesley J. Smith warned. "The consequences to the nation of passing Measure 16 would be devastating and far-reaching."

But the fears have not been realized. The notable things about the Oregon law are its limited impact and the apparent rarity of abuses. Instead of being devastating and far-reaching, it appears to be modest but beneficial in its effects.

To start with, not many people have made use of it. In a state with 4 million people and some 34,000 deaths annually, fewer than 80 patients a year have obtained prescriptions -- and 39 percent of those never used them.

The change had no apparent negative effect on palliative treatment. On the contrary, 93 percent of those who ended their lives were in hospice care.

Those choosing the option typically have not been impoverished members of minority groups. Almost all are white, and college graduates are seven times more likely to do it than those with only a high school education.

Abuses are not impossible. Critics discount the Oregon data because it comes from reports by the prescribing doctors, without independent verification. Irresponsible physicians may provide lethal drugs to patients who are not terminally ill or patients who need therapy for severe depression, and the misconduct might go undetected.

But the state says doctors have a strong incentive to follow the law because it grants them legal protection only if they meet its requirements. An official of the Oregon Hospice Association testified, "Oregon is a very, very small state, and we have hospices all over, and they have big mouths. I think if there were any abuses in the law, we would hear about it."

The broader consequences haven't materialized either. Active euthanasia didn't come to pass. Oregon hasn't given the option to people who are not terminally ill.

"I really worried about abuse," New York University bioethicist Arthur Caplan, one of the original critics, told me, but he has changed his mind. "The evidence really swung me around." Caplan, no reflexive apologist for assisted suicide, has been critical of how it is practiced in Belgium and the Netherlands, which he regards as "very worrisome."

Of course, terminally ill patients who can't endure what awaits them may also jump off bridges, step in front of trains, slash their wrists or blow their brains out. For those who want it, there should be a better way.