Baffled by the Economy 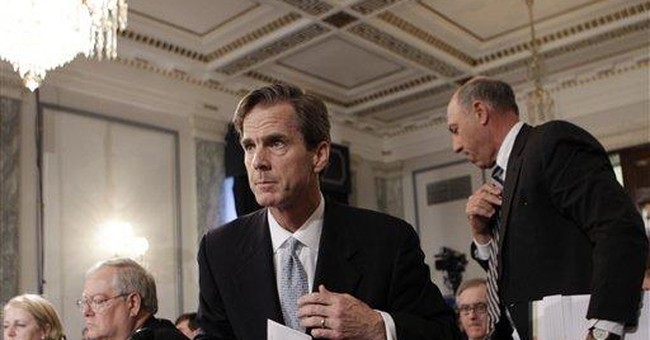 President Obama and his critics have a major disagreement. He says his accelerated economic stimulus efforts will create 600,000 jobs by the end of the summer. Senate Republican Leader Mitch McConnell of Kentucky, however, doubts "the spending binge we're on is going to produce much good." Both can't be right. But neither has to fear being proved wrong.

Why not? Because there is no persuasive way of determining the effect of implementing the president's policies. No matter what happens, each side can claim vindication.

If the economy improves and unemployment drops, Obama can take credit. If it fails to improve and unemployment rises, though, he can say he averted an even worse showing. Republicans will take the opposite tack -- attributing any improvement to the natural resilience of the economy and blaming the administration if things get worse. And neither side will really know who's right.

I have long been a believer in the value of economics in understanding the world. But the chief effect of the current crisis is to raise the possibility that economists -- at least those macroeconomists, who study the broad economy -- don't have a blessed clue.

Take Princeton's Paul Krugman, the 2008 Nobel laureate. In February, he said the administration's stimulus plan was too small to be very effective. On March 31, he scorned talk of improvement in the economy: "So far, there's nothing pointing to a fundamental turnaround this year, or next, or for that matter as far as the eye can see." But this week, he said, "I would not be surprised if the official end of the U.S. recession ends up being, in retrospect, dated sometime this summer."

How we moved so quickly from "this solution won't work" and "no recovery in this decade" to "maybe it's already started" is one of those mysteries that may never be explained. And Krugman left himself plenty of wiggle room by not predicting the recession will end soon, but saying only that he "would not be surprised" if it does.

In any event, the sudden change of forecast will not damage his standing. Macroeconomists are expected to be smart, learned and articulate in explaining and predicting the course of the economy. But these days, at least, no one really expects them to be right.

That includes them, I suspect. They realize that the economy is a big, complex organism about which they can make only educated guesses. They know there is no consensus in the profession on how to extricate ourselves from this mess.

Krugman exhibits great confidence in his own brainpower. But I doubt he would bet even 1 percent of his $1.4 million Nobel Prize award on his ability to predict the date this recession will end.

So why should we listen to what macroeconomists say? Some economists think that often we shouldn't. Russell Roberts, a scholar at George Mason University and the Hoover Institution, told me, "I think some of macro is useful -- what causes inflation, for example. I just don't believe we're very good at testing theories at the macro level in a convincing way." Many times, he says, all macroeconomists can do is concoct stories that explain events after the fact.

Microeconomists, by contrast, make predictions about the effect of policies on individual markets, and those predictions are easier to confirm or refute. They virtually all agree, for example, that price controls lead to shortages, and governments occasionally take the trouble to prove them right.

But macroeconomists can almost always claim to be right, no matter what happens. If they recommend Policy X and the economy weakens, they can say it prevented a complete disaster. If they say Policy X will hurt and things improve, they can say without it, we'd be even better off. Being a macroeconomist means never having to say you're sorry.

That doesn't mean we should disregard what they say. As University of Chicago economist John Cochrane says, "If you want to know if you have cancer, you talk to a doctor, not a psychiatrist. If you're interested in macroeconomics, why would you not talk to people who spend their lives thinking about it, and writing about it, subject to the harsh discipline of peer-reviewed journals?" But he thinks they should admit the limits of their knowledge.

Right now, though, the limits loom large. The knowledge? Not so much.