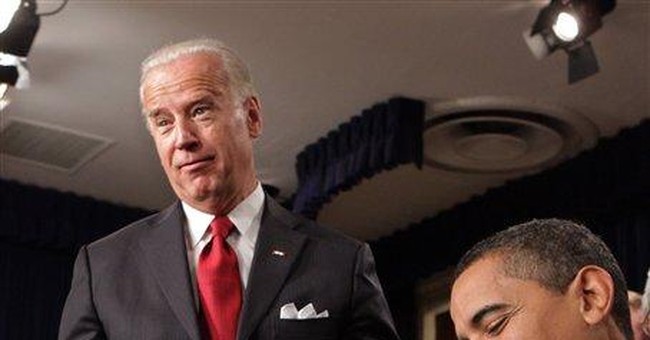 When something sounds too good to be true, it usually is. This alleged cure deserves special scrutiny because it invites our policymakers to redouble the very policies that caused the crisis. Congress and the new administration are all too eager to abandon restraint so that we can overcome the consequences of excess.

Take mortgages. The current recession stems from the popping of the real estate bubble, which came about because too much money went into housing. But now the Obama administration and House Democrats are pushing to assure more investment in housing.

They intend to raise the limit on loans that mortgage giants Fannie Mae and Freddie Mac can buy from $417,000 last year to $729,750 in some markets. And James Lockhart, who oversees the two companies as head of the Federal Housing Finance Agency, told The Wall Street Journal they should accept a lower rate of return than in the past in order to help Americans buy homes.

But it's worth remembering where our problems began: with an oversupply of housing. Channeling more funds into the residential sector will encourage more home building, which will worsen the glut, which will push prices down even further and generate more foreclosures, which will deepen the recession.

The sad reality is that the housing sector has gotten too big and will have to shrink. A lot of people who prospered from catering to the inflated demand for housing, from carpenters to real estate agents, will have to find new ways to make a living. That's what the end of a bubble means.

But plenty of people in Washington are nostalgic for the good old days. It's not just in housing. The Treasury and the Federal Reserve had to inject hundreds of billions of dollars to shore up banks battered by loans that went bad -- toxic debt, it was called. So we want banks to be more prudent, right? Wrong. Congress is complaining that banks that received federal aid are being overly stingy.

Well, yes. If a lot of your loans go bad, it's a sign that you need to exercise more care. That's especially true during a recession, which can wipe out companies that once were profitable. Any bankers who want to keep lending at the rate they did before are asking to become insolvent, and more insolvent banks would drag down the economy.

The economy foundered partly because we were too dependent on debt to finance current consumption, and that was unsustainable. But burning some $825 billion on fiscal stimulus, as President Obama proposes, means more of the same. We will be borrowing money to prevent a decline in our current standard of living. That money will eventually have to be paid back, which will require a decline in our future standard of living.

One defense of the stimulus package is that it will finance needed investment in infrastructure and other public goods. Unfortunately, government spending is particularly prone to waste because governments, unlike private companies, don't have to worry about going out of business if they spend unwisely.

This round of spending is sure to be even more wasteful than the norm. Why? Because the government is in such a hurry to get it done, making it harder to vet projects properly. So the return on investment will be lower than usual, and maybe negative.

All this federal spending is supposed to stimulate the economy. But plenty of reputable economists are doubtful. And even if the old-fashioned Keynesian approach is sound in theory, it is probably useless in practice. The Congressional Budget Office says only 7 percent of the infrastructure money requested by Obama will be spent by September. Less than half the highway funds would be spent in the next four years. Most of the outlays will come after they are no longer needed.

But practical realities are no match for our desire to keep living beyond our national means. We spent our way into this mess, and it's too tempting to think we can spend our way out.