Ye Shall Know Them By Their Fruits

Stephen Smoot
|
Posted: Feb 10, 2020 9:59 AM
Share   Tweet
The opinions expressed by columnists are their own and do not necessarily represent the views of Townhall.com. 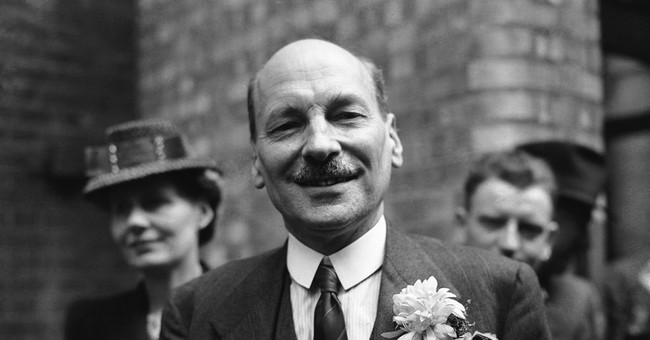 “Beware of false prophets , which come to you in sheep’s clothing, but inwardly they are ravening wolves.” Matthew 7:15

One of the great tricks the American Left seeks to play is bait and switch. This old con man trick lures the unsuspecting mark with an attractive label or description. Once they sell you the item, you realize that you didn’t get what was advertised. All too often a person deceived in this way ends up paying too much for a shoddy product.

The Left’s bait and switch lure is the phrase “democratic socialism” and the trick is nothing new. Historically, the “German Democratic Republic” was not the side with free elections and markets, but that with walls, barbed wire, and the Stasi.

Most American Leftists prefer to cite Western Europe as their model of what they want to impose upon the United States. On the issue of health care, for example, they love to reference the shortage plagued British National Health Service as what the United States should aspire toward, oblivious of the fact that the US has the second largest single payer system on Earth already. And no one sees the VA hospital system as a model of efficient or effective care.

Others profess adoration for the welfare states of Sweden or Denmark.

Conservatives make a mistake when trying to argue against European style welfare systems because much of the American Left has no intention to follow their model.

What should lead us to this conclusion?  “Know them by their fruits.”

The Gospel according to St. Matthew advises us to remain wary of false prophets. “Do men gather grapes of thorns or figs of thistles?”

The Left does.  All the proof you need is seen on the clothes they wear.

Ask yourself (or a Leftist not wearing a mask and hitting you with an umbrella) some questions.

First, why does your shirt have a bloodthirsty, gay-murdering communist like Che Guevara on it instead of Clement Attlee?

Attlee serves as the best example of a true democratic socialist “hero.”  If one truly loves the idea of democratic socialism, this man’s unassuming, bald, smiling, mustachioed countenance complete with a grey flannel suit should be gracing your shirts and posters.

From Attlee came the welfare state mess that has helped to force Britain into a slow and steady decline since World War II.  His shocking victory derailed the Churchill train that would have done a much better job of restoring British prominence and prosperity through free markets after the devastation visited on Britain by the war.

No one, least of all Attlee, foresaw his Labour Party’s win over Churchill’s Tories. And when he did, he changed the course of British history.

Attlee inspired contempt from both Conservatives and the radical Left as he introduced socialist economic policies. Stalin quipped that if a democracy could replace a figure like Churchill with one like Attlee, then it deserved all the contempt he always heaped upon it. Attlee may have brought bad policy to his country, but he also understood the evil of Communism.

In other words, he understood that “a corrupt tree brings forth evil fruit.”

American Leftists historically have not made figures such as Attlee their role models. Bernie Sanders in his youth did not hobnob with little known Western European Cabinet officials to discuss their efforts to reconcile an unfree economic ideal with a society that valued freedoms. Michael Moore made millions extolling the virtues of Castro, not Copenhagen style mixed capitalism.

Their heroes tell us exactly who they are and what they want to do. It’s not merely the expanded welfare state and labor union prerogatives dreamed of by William Jennings Bryan or Harry Truman, either.

So next time a Leftist starts talking “democratic socialism,” ask him or her to show you a picture of the Clement Attlee poster on their wall. Their answer will let you know how “democratic” their socialism truly is.