Why Does Washington Demonize Drug Companies?

Stephen Moore
|
Posted: Jan 14, 2020 12:01 AM
Share   Tweet
The opinions expressed by columnists are their own and do not necessarily represent the views of Townhall.com. 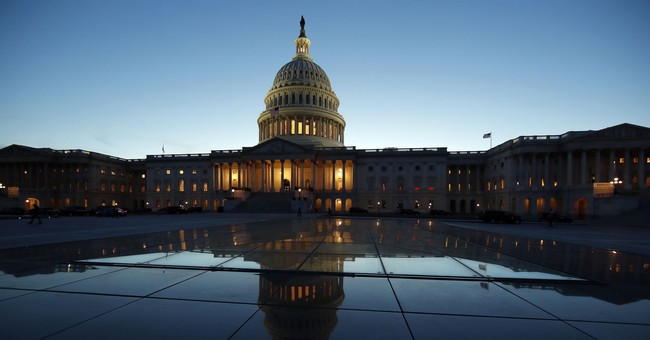 Over the holidays, I read Elton John's biography, "Me." He writes about his friendship with Freddie Mercury, the ultra-talented lead singer of the rock group Queen. Mercury tragically died of AIDS at the age of 45 in 1991. Mercury was one of the last people to die of the disease in Britain during the epidemic years. John writes sadly and almost offhandedly that if Mercury had lived one year longer, he probably would have survived because of the AIDS medication that eventually saved millions of lives.

Then, a few days ago, we all read on the front pages of newspapers the amazing story that cancer death rates (age-adjusted) have fallen to their lowest level in decades. Millions of lives saved. We are winning the race for the cure remarkably quickly. The decline in the death rate is due in part to the considerable drop in smoking, but it's also because of new drug therapies and treatments to combat tumors.

Deaths from heart disease have also fallen dramatically in recent decades, though in recent years, obesity in America has slowed progress. Still, new wonder drugs to deal with strokes and diabetes have played a major role. According to a report in the Journal of the American Medical Association, the total age-adjusted mortality rates per 100,000 people changed from 266.5 in 1999 to 165.0 in 2017 for heart disease; from 61.6 to 37.6 for stroke; and from 25.0 to 21.5 for diabetes."

The public is roughly twice as likely to survive a cancer diagnosis or a heart attack today compared with four decades ago.

Then, I turned on the TV and listened to the politicians vilify drug companies as public enemies. Democratic presidential candidate Sen. Elizabeth Warren refers to pharmaceutical firms as "corrupt cartels" that "rig the rules, insulate themselves from accountability, and line their pockets at the expense of American families." Vermont Sen. Bernie Sanders has likened drug company CEOs to murderers and says when they raise prices too much, we should "put them in jail."

On the Republican side of the aisle, President Donald Trump says the drug companies "get away with murder" and that he wants to force down drug prices, however possible.

CNBC recently noted that attacking drug companies is one of the remaining bipartisan activities in Washington.

Now, I will openly confess that I have received funding from the pharmaceutical industry, but even I find fault from time to time with some of the pricing activities of Big Pharma. It is outrageous that the public often has to pay twice for drugs developed here than what the Canadians, the Germans and the Japanese pay.

But it is an industry that should be celebrated, not denigrated. It's the ultimate example of how free market capitalism and the profit motive save lives.

"The proposed law would enable the Health and Human Services secretary to negotiate prices directly with drugmakers on as many as 250 prescription drugs that Medicare spends the most money on. It would cap the final price based on the average paid by several peer nations, including Australia, Britain and Canada. The pharmaceutical industry could lose as much as $1 trillion in profits over a decade, and as a result would bring roughly eight to 15 fewer drugs to market during that time period (out of the 300 or so that would be expected), the Congressional Budget Office estimates."

By the way, that is only during the first eight, 10 or 12 years, while the firms hold the patent for the new drug, which can easily cost $1 billion or more to invent and test. Then, prices for drugs, vaccines and medical equipment fall forever after, and radically, thus benefiting all of humanity. To its credit, The New York Times conceded that drug price controls will save consumers money but will also delay for a year -- or two or three -- the introduction of new drugs. It came down on the side of lower prices.

But if we go in this direction, we should recognize the trade-off. Economist Milton Friedman used to say that when government regulation or price controls delay the introduction of a new drug that saves thousands of lives a year, the government policies are, in effect, killing thousands of people a year.

A one-year delay can cost the life of a superstar like Freddie Mercury or a loved one who has cancer. Is it worth it? You decide.