Fast Growth, and Lots of It, Is Right Around the Corner

Stephen Moore
|
Posted: Jun 20, 2017 12:01 AM
Share   Tweet
The opinions expressed by columnists are their own and do not necessarily represent the views of Townhall.com. 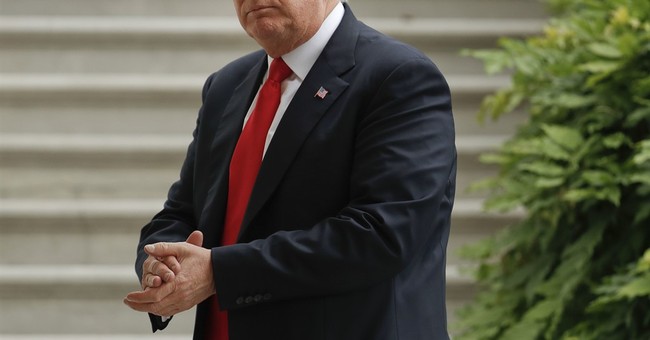 Every day, legions of economists dismiss Donald Trump's economic agenda and forecast of 3 percent growth as a wild-eyed fantasy. The consensus is that the economy "can't possibly grow at 3 percent," according to The Wall Street Journal. "Slow growth is the new norm, so get used to it," wrote Rucir Sharma, chief global strategist at Morgan Stanley, in Foreign Affairs magazine this month.

Question: Why does anyone bother to listen to economists anymore? The profession has become an embarrassment, and the most respected economists have shown themselves to have as much predictive power as a deck of tarot cards.

Almost everyone in the economics field -- with a few, ahem, exceptions -- bought into the Keynesian idea that massive government spending, a "stimulus package," would revive the economy after the Great Recession of 2008-2009. The trillions of dollars of government borrowing here and abroad created a decade-long anemic recovery. The number of jobs created under President Barack Obama's stimulus turned out to be fewer than the number we would have had if the government had done nothing -- according to the Obama administration's own analysis. So we got $9 trillion of debt with almost nothing to pay for it.

Amazingly, every Obama budget forecast that annual growth would reach 3.5 to 4.5 percent. Bullish growth was just around the corner. (Remember Joe Biden's "Recovery Summer" tour?) Consider how these bullish forecasts squared with reality.

We never got growth above 3 percent under Obama, and the average growth was 2 percent, ending at 1.6 percent. The reality was, on average, about 1.5 percentage points below the projection, which was about an 80 percent overestimate of growth. Maybe we should have just hired the tarot-card readers. Their predictions couldn't have been any worse.

The major reason that we can't get growth, we're told, is that we have so many millions of baby boomers retiring. But we have 100 million people over the age of 16 outside the labor force today or unemployed, and that's a giant labor pool to get workers from. Most of them are young, not old. This is a gigantic pool of workers we could tap into -- if Washington would stop spending $1 trillion a year paying people not to work.

Another fallacy is that this long recovery means the economy is due for a recession. No. For much of America this has been a long recession, not a long recovery. We are suffering from a severe growth deficit. The economy is $3 trillion behind where it should be because of the shallow recovery. It's teed up for a boom, not a bust.

How do we ignite that boom? Nearly every policy during the Obama years was anti-growth: tax increases; minimum-wage hikes; Obamacare; Dodd-Frank regulations; massive debt spending; the Paris climate change accord; an EPA assault against American energy; massive expansions of food-stamps programs and more. If Trump is able to shift those policies into reverse -- especially by getting tax rates down, not up -- then 3 to 4 percent growth is easily achievable, and the economics profession will be proven dead wrong again.