US Must Strengthen Trade Bond With EU Amid Russia Conflict 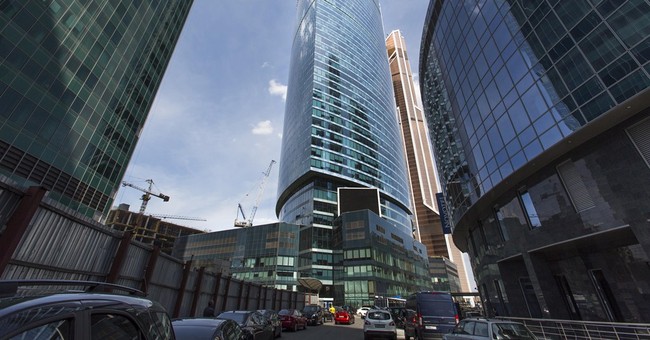 Trending
The United States and the European Union leveled new sanctions against Russia this month, further ramping up tensions between Western nations and their former Cold War adversary, the latest round of which focuses on the country's energy, defense, and financial industries.
Russian President Vladimir Putin has refused to walk back his support for rebels in Eastern Ukraine who are widely believed to have shot down a civilian airliner, killing 298 people. Not only that, evidence of official Russian involvement in the Ukraine crisis has emerged, as the U.S. government released satellite imagery showing that artillery units – operating within Russia – have fired across the border into Ukraine to attack their military positions.
As he announced the new sanctions, President Barack Obama promised that “[i]f Russia continues on its current path, the cost on Russia will continue to grow.” Of particular significance, however, was the strong rhetoric from the European Commission, who said that their new sanctions were “meant as a strong warning” that “[i]llegal annexation of territory and deliberate destabilization of a neighboring sovereign country cannot be accepted in 21st century Europe.”
These new sanctions carry greater risk for the Europeans than have their previous actions against Russia, as they specifically target the energy sector. Russia supplies an estimated 30 percent of Europe’s energy, so the risks for E.U. countries are very real. But Europe has now shown itself less willing to be cowed by Russia’s stranglehold on its energy, which should communicate to Putin that the West means business.
CARTOONS | Michael Ramirez
View Cartoon
For its part, the United States must, in addition to levying our own sanctions, bolster economic activity with our partner democracies in Europe, especially if their energy supplies come under threat. And what better way to do this than by the mutual benefits of increased commerce?
The Transatlantic Trade and Investment Partnership (TTIP), a trade agreement between the U.S. and E.U., has been under negotiation for over a year. Commerce between the United States and E.U. members already generates nearly $3 billion every day and supports 13 million jobs on both sides of the Atlantic. If passed, TTIP will remove barriers to trade between the U.S. and Europe, and support further growth. Unfortunately, a crucial tool to advance this agreement is being held back from President Obama by his own party’s leaders in Congress.
The Congress can grant Trade Promotion Authority (TPA) to the President to help deals like TTIP progress more smoothly, but with proper Congressional oversight. In fact, every President since Franklin Roosevelt has taken advantage of TPA, but the legislation has not been renewed since it last expired in 2007. President Obama asked for it by name in his 2014 State of the Union address, but the Democratic Congressional leadership’s response was not encouraging.
Senate Majority Leader Harry Reid punted, saying “[e]veryone would be well-advised to not push this right now.” House Democratic Leader Nancy Pelosi called TPA “out of the question.” This tracks nicely with the position of Big Labor bosses, espoused in no uncertain terms by American Federation of Labor and Congress of Industrial Organizations (AFL-CIO) President Richard Trumka, who said his group “opposes the TPA legislation in the strongest of terms and will actively work to block its passage.”
By standing in the way of TPA, Harry Reid, Nancy Pelosi and their union boss allies are obstructing the Transatlantic Trade and Investment Partnership. And by blocking increased trade with Europe through TTIP, these so-called “leaders” are abandoning our allies as they take a stand against Putin’s Machiavellian regime.

Announcing these new sanctions, President Obama said, “We will rally the international community in standing up for the rights and freedom of people around the world.” Throughout the United States’ proud legacy of standing up for those rights and freedoms, our European allies have been at our side. It is time for the President of the United States to “rally” members of his own party and his allies in the labor movement to support TPA, pass TTIP and strengthen trade with Europe. It will send an important message to friends and adversaries alike, starting with Vladimir Putin.