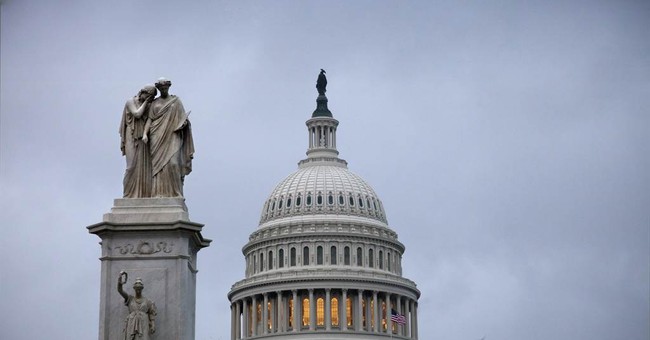 The ancient Roman historian Livy observed that “the unknown always inspires terror.” That was not a novel idea for the Romans – fear of the unknown is as old as humanity itself.

Much more recently, former Secretary of Defense Donald Rumsfeld reminded us just how many kinds of “unknowns” there were to fear. “There are known knowns,” he famously explained in a 2002 press briefing. “There are things we know we know. We also know there are known unknowns; that is to say we know there are some things we do not know. But there are also unknown unknowns – the ones we don’t know we don’t know.”

That statement is enough to keep a philosophy convention occupied for days. All deeper implications aside, however, one thing is certain: “unknown” is not an answer that Americans should expect to find when looking into the final destination of billions of dollars they are responsible for.

Unfortunately, that’s precisely the answer that we get when it comes to $24.3 billion of the funds doled out since 2007 by the Export-Import Bank of the United States. It’s that sort of unknown that should “inspire terror” in every taxpayer.

Dr. Veronique de Rugy, an economist at George Mason University, has been delving into the Ex-Im Bank’s data and while her discoveries are unsettling they are also, regrettably, not terribly surprising. The Bank was created by the administration of President Franklin Roosevelt as part of the New Deal and is supposed to provide financing to foreign entities to help them purchase American-made products.

De Rugy pulled the public data going back to 2007 and organized it – among many different breakdowns – by industry, to see where the Bank did most of its business. She found that the second-largest industry category, representing 14 percent of the Bank’s business from 2007 to 2014, was “unknown.” This would seem to indicate that since 2007, $24.3 billion has gone to entities of whose business the Ex-Im Bank is either ignorant or too unconcerned to properly categorize.

This is not the first time the Ex-Im Bank has been faulted for shoddy reporting. Last December, the Bank’s own inspector general issued a report faulting Ex-Im for insufficient reporting of what exactly is involved in projects they finance – which the Bank calls “content.”

The Bank ostensibly requires detailed reporting on content to ensure they stick to their stated goal of supporting American jobs. Their inspector general, however, cited “lack of verification efforts” on the Bank’s part, which led them to conclude that “Ex-Im Bank has limited assurance” that their own conditions for providing tax-payer backed loans were being met.

When the Ex-Im Bank can’t keep track of where their money goes or whether or not it actually helps support American workers, we’re left with a lot of what Secretary Rumsfeld would call “known unknowns” – we know this money is being spent, we’re just not sure how.

The “known knowns” that de Rugy’s research turns up – instances where we do know generally where the Ex-Im money went – are not encouraging either.

Three of the top five industry categories for Ex-Im financing since 2007 contain the word “aircraft” – specifically, these are “aircraft manufacturing” in the top spot, “large commercial jet aircraft” at number three, and finally, plain old “aircraft” at number five. Funding for these high-flying categories totaled $57.1 billion, 33 percent of Ex-Im’s business during this period.

It should come as no surprise, then, that Boeing is one of the largest beneficiaries of Ex-Im’s largesse. They just happen to specialize in “aircraft,” more specifically “aircraft manufacturing,” and even more specifically, “large commercial jet aircraft.”

In 2013 alone, Boeing received over $8 billion from the government – which would appear to give some credence to Ex-Im’s nickname of “Boeing’s Bank” – while reporting earnings of nearly $90 billion. And supporting American jobs? Research shows that Ex-Im’s loans to foreign and often state-owned carriers to purchase Boeing aircraft cost the U.S. airline industry 7,500 jobs and hundreds of millions of dollars.

The “unknown knowns” and the “known knowns” in this new Ex-Im research are both cause for concern, and the call into question the Bank’s stewardship of American tax dollars. Ex-Im’s charter expires on September 30th and these concerns should be borne in mind as Congress considers the question of renewal.