There's Cronyism in them Hills 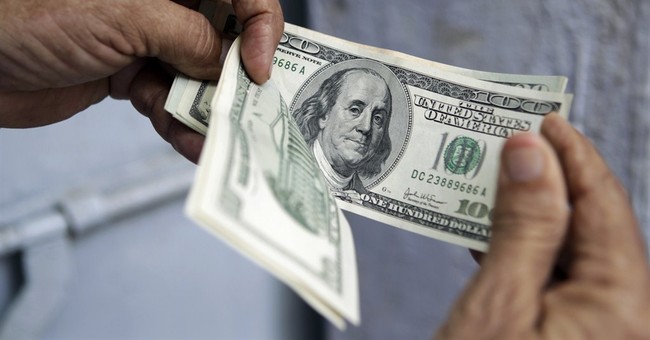 An Australian mining company, Roy Hill, is set to receive $650 million in long-term financing from the United States’ Export-Import Bank (Ex-Im Bank). This proposed government-backed financing will allow the Australian iron ore mine company to purchase Caterpillar trucks and equipment. The Export-Import Bank typically touts these financial deals as a way to promote American business abroad. Unfortunately, it fails to mention the adverse impact that such transactions have on domestic companies, starting with jobs.

While the transaction will be beneficial to one American company, Caterpillar, which also happens to be a Fortune 50 corporation with $65 billion in sales, it will concurrently inflict damage upon an entire American industry. In this specific instance: the American mining industry. Unlike Roy Hill, American mining companies do not have the same access to Ex-Im Bank’s favorable financial guarantees and loan terms. As a result, Roy Hill is given a distinct competitive advantage over its American competitors in a global marketplace.

The financial backing provided by the Ex-Im Bank allows Australia’s Roy Hill to reduce its operating costs, translating to a cheaper product for consumers. By offering more affordable options, Roy Hill can price out its competitors including those in the American mining industry. According to some estimates, the U.S. iron ore industry is expected to lose $1.8 billion because of Ex-Im’s transaction.

The damage would fall primarily on Midwestern states, where iron ore mines are predominantly located and have been particularly hard hit by the slow economy. A group of Democrat U.S. Senators hailing from the Midwest which includes Amy Klobuchar, Al Franken, Carl Levin and Debbie Stabenow have taken action and sent a letter to Chairman Fred Hochberg expressing their concern over the Ex-Im financial guarantee. The group of Senators wrote that they “are concerned the proposed Ex-Im Bank financing and the large amount of iron capacity that it would subsidize will contribute to the already existing global overcapacity of iron ore and, in, turn substantially injure American iron ore and steel producers and their employees that are competing in the same global marketplace.”

Ironically all four of these Democrat Senators voted in favor of reauthorizing the Bank’s charter last summer, ignoring the cries of dissenting Republicans. In the past, the Ex-Im Bank has received staunch criticism from conservatives for distorting markets; oftentimes, putting American employers at a distinct disadvantage. It also has advanced corporate welfare, which gives special deals to well-connected corporations that don’t need the preferential treatment. It appears this particular deal addresses both these areas, yet again.

The Roy Hill transaction is not the first Ex-Im deal to harm American business. In fact, the Export-Import Bank has a lengthy history of aiding foreign companies at the expense of entire American industries. Take – for instance – the American airline industry, where the Ex-Im Bank has regularly provided favorable financial loan guarantees and terms to competing foreign airlines placing Americans carriers at a disadvantage in the process. The Wall Street Journal has written that loans to foreign competitors have cost the American airline industry as many as 7,500 jobs and as much as $684 billion.

Officials from the Export-Import Bank are claiming that they will conduct an “extensive economic impact study” before approving the Roy Hill financial guarantee, but given Ex-Im’s record it would not be surprising for the bank to fail to undertake any meaningful analysis or simply move forward despite the negative impacts it has on U.S. businesses.

It would be prudent for Congress to finally take action against the Ex-Im Bank and revoke its charter once and for all. The Export-Import Bank’s actions represent a threat to the free market, and undermine American employers and kill domestic jobs. This common sense message finally seems to be gaining some level of traction among concerned officials on both sides of the aisle.