Star Parker
|
Posted: Jul 20, 2016 12:01 AM
Share   Tweet
The opinions expressed by columnists are their own and do not necessarily represent the views of Townhall.com. 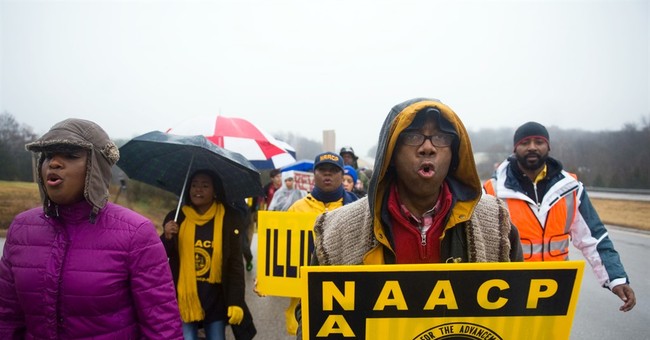 All eyes should be on Florida to see the seeds of change in black America.

Students receive scholarships to attend the school of their choice from Scholarship Funding Organizations. The FSOs are funded through donations from businesses that receive tax credits on corporate taxes and insurance premium taxes.

It sounds like a no-brainer that this makes all the sense in the world. It's all voluntary; businesses choose to contribute and freedom and opportunity opens to low-income parents to choose where to send their child to school.

Innovation means change. It means leaving the past behind in order to make a better future. Those who want to live in the past, who want to protect what they see as their special interests in the status quo, can always be depended on to fight change, no mater how beneficial new ideas are to our future or how much opportunity opens for those in their own communities.

Teachers unions have been in stalwart opposition to school choice and anything that challenges their stranglehold on public schools and keeping children trapped where they are, no matter how bad the school is.

In 2014, the Florida Teachers Union filed a lawsuit to abolish the Florida Tax Credit Scholarship program. And, despite the fact that minority children disproportionately benefit from this program, the NAACP joined the union as a plaintiff in the case.

The suit was dismissed in May 2015 in the Leon County Circuit Court with the judge ruling that the lawsuit made no reasonable case that the program harms the public.

The teachers union appealed and the arguments were heard in May.

But at the same time that the arguments from the teachers unions were being heard in the court of appeals, a group of Florida's leading black pastors held a press conference urging the NAACP to drop out of the case.

The African American Ministers Alliance for Parental Choice presented their petition at the press conference in which they state, "We see no principled reason to fight an education program that is targeted exclusively at low-income children and has a 14-year track record of helping Black students succeed."

The Miami Times reports that the petition was signed by "101 prominent ministers and more than 5,100 who registered online."

The Times story quotes a single mother expressing her bewilderment why the NAACP should be in opposition to a program so clearly beneficial to black children.

"My girls are thriving," she said. "I am so happy that I actually had the choice as to where my kids can go to school."

Pastor Mark Coats of the Grace of God Baptist Church in Miami wrote in an op-ed in the Miami Herald saying, "It is time for the NAACP to lay down its arms."

According to "Step Up for Students," in the 2013-14 school year, 24 percent of participating students were white, 32 percent black, 37 percent Hispanic and 7 percent others. Of the schools participating, 71 percent were religious schools and 29 percent nonreligious.

The civil rights movement was once about the courage to stand up against an unjust status quo and to fight to make a better world. The NAACP was part of that.

Today the NAACP is part of the status quo and, despite its rhetoric, now fights to protect special interests.

As we see now in Florida, it is the black church and its pastors that now bear the mantle for courageous leadership and the change that black Americans so badly need.