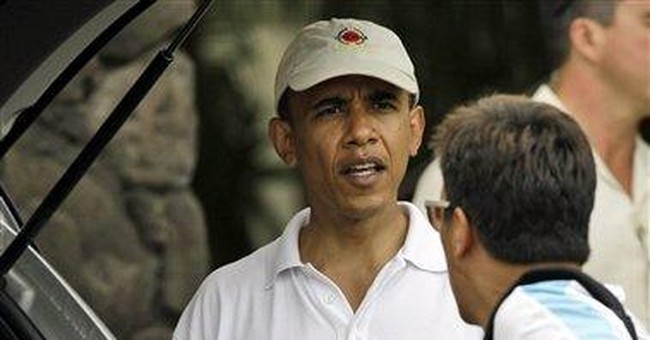 A feature story in this week's New York Times Magazine asks, "Is Obama the End of Black Politics?"

This in the wake of a full week of TV talking heads asking if presumptive Democratic presidential nominee Barack Obama played the "race card" in his response to John McCain's Obama "celebrity" ads. And an opinion piece in the Wall Street Journal by black journalist Juan Williams saying "The Race Issue Isn't Going Away."

Williams is right. The race issue isn't going away. And the New York Times feature, which profiles new young black politicians around the nation -- like Massachusetts governor Deval Patrick, Newark, N.J., mayor Corey Booker, and Philadelphia mayor Michael Nutter -- sheds little light on the issue in what it says.

More revealing about the Times piece is what it doesn't say.

The Times reporter never found it relevant to note that every black politician he spoke to is a Democrat. Nor did he see a need to talk to a single black conservative.

It's not like black conservatives have nothing to say here. Hoover Institution scholar Shelby Steele wrote a book about Obama. Tom Sowell has regularly written about him, as have I.

When I do media and speak as a conservative, I can expect emails pouring in from blacks calling me a sellout, who cannot conceive that I actually believe what I say, and for whom there is little doubt that I am a paid Republican shill.

But practically speaking, it makes no difference. Despite black excitement and pride in the Obama candidacy, the black vote would go for whoever headed the Democratic ticket, white or black. In 2004 John Kerry got 88 percent of the black vote.

The dynamics that the Obama candidacy has interjected is new only in form, not in content.

In the past, the liberal at the top of the heap for whom blacks overwhelmingly voted was white. Now that liberal is black. That's new.

Barack Obama, as Shelby Steele has written, departs from the Jesse Jackson/Al Sharpton brand of politics in that he is far more sophisticated and subtle in how to play on white guilt and how to intimidate. That's new.

But the liberal content and agenda is not new, and this blacks continue to buy en masse.

The points conservatives have been hammering home for the last 20 years have not been for naught. There is increasing awareness among blacks how family breakdown is driving the social problems of the community.

This is not lost on Obama. His speeches paying credence to the importance and relevance of personal responsibility are well received among blacks, but also play well to the whites he wishes to reach.

But the program behind the words remains comfortably lodged on the far left. Big government answers for everything, redistribution of wealth, use of law as a tool for politics, liberal abortion policies, and legitimization of the gay agenda.

The relevant question is not if Obama means the end of black politics. The issue is will black politics -- black uniform support for liberals -- ever change?

In the same survey, almost 70 percent of blacks said they "almost always/frequently" face discrimination when applying for a job or when renting or buying an apartment or house.

Despite the fact that the survey showed that blacks have traditional and conservative views regarding crime and promiscuity, the sense of vulnerability defines black attitudes and politically trumps everything else. There's a lot of history driving these feelings and liberals will continue to exploit them.

Things won't change until blacks begin to see that these same liberal politics and attitudes are at the root of their problems today.