Spencer Raley
|
Posted: Jan 30, 2021 12:01 AM
Share   Tweet
The opinions expressed by columnists are their own and do not necessarily represent the views of Townhall.com. 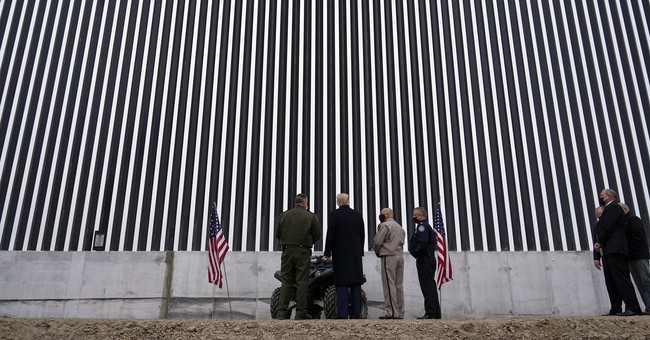 Over the past 10 months, the COVID-19 pandemic has severely hampered what was previously a period of record economic growth in the United States. Tens of millions of Americans lost their jobs as businesses were closed to slow the spread of the virus. And, while the economy continues to recover, unemployment is still nearly double what it was this time last year.

Along with the economic impacts, COVID-19 has also slowed the overall pace of immigration into the United States. In January of 2020, the federal government declared the novel coronavirus to be a public health emergency and restricted travel from China. This was a move that many Democrats (including then-candidate Joe Biden) called “xenophobic.” As the pandemic worsened, these restrictions were expanded to cover many other countries, including the entirety of Europe. Finally, certain guest worker programs and other visa categories were either frozen or severely restricted to protect American workers throughout the duration of the pandemic.

However, despite the lower-than-usual number of lawful migrants entering the country, illegal immigration continues to be a serious problem. According to a new report by the Federation for American Immigration Reform (FAIR), the illegal alien population in the United States increased by approximately 200,000 to a total of 14.5 million. The study also indicates that these new illegal aliens impose a net fiscal burden of nearly $2 billion per year on the nation, raising the total cost of illegal immigration to at least $133 billion annually.

While these totals are lower than pre-coronavirus projections, it shows that large numbers of illegal aliens continue to enter the country and compete for jobs that American citizens desperately need right now. Unauthorized migrants typically work in industries such as construction, agriculture, and the service industry. These sectors were especially hard-hit by the pandemic, with all of them experiencing unemployment rate increases higher than the rest of the country.

Several primary factors contribute to the recent growth of the illegal alien population, including:

Additionally, candidate and now President Joe Biden’s promise of mass amnesty is spurring additional illegal immigration. Indeed, apprehensions along the southern border are up more than 80 percent compared to this time last year, and there was a noticeable spike soon after he started making campaign promises to freeze deportations and offer mass amnesty.

During a time when the American worker desperately needs protection, President Biden is intentionally harming those he swore an oath to protect. His administration has opted for policies that deliberately place the interests of illegal aliens above the millions of citizens who are in desperate need of gainful employment.

What the United States needs right now is an “Americans first” initiative that focuses on restoring jobs to U.S. citizens and prioritizing their needs. That starts with cutting off the incentives that attract illegal immigration, not piling on more. And it requires robust enforcement of our immigration laws, not a proclamation that they will intentionally be neglected. Without true immigration reform, illegal aliens will continue to flock into the United States, and it will take even longer for both American citizens and lawful migrants to recover from the devastating impacts of the COVID-19 pandemic.

Spencer Raley is director of research at the Federation for American Immigration Reform(FAIR).