The Death of One Thousand Cuts

Sheriff David Clarke, Ret.
|
Posted: Aug 13, 2018 12:01 AM
Share   Tweet
The opinions expressed by columnists are their own and do not necessarily represent the views of Townhall.com. 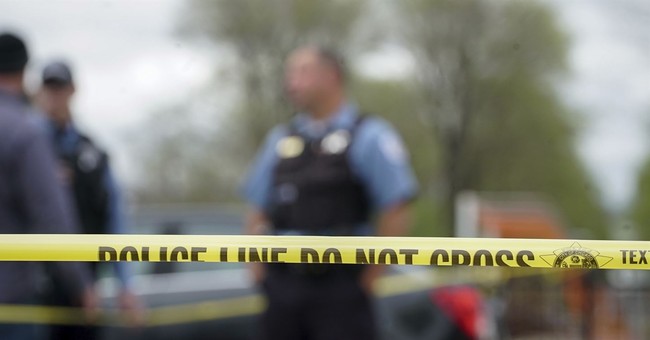 It was another bloody weekend in the city of Chicago recently with 12 dead and 80 others non-fatally shot. Sixteen of the shooting victims were children. No arrests were made due to a lack of community help.  It seemed to be a yawner for most liberal media outlets like run of the mill street violence events have become. Sadly, these killings have become so common that they have become part of the landscape in the American ghetto.

The reason is that unless the leftist media can check off something on their gun control agenda they don’t seem to have much interest. It is hard to contort a narrative about the carnage in Chicago that demonizes the National Rifle Association, calls for the curtailing of gun rights since Chicago already has some of the strictest gun laws in America, or where the insidious game of identity politics can be played.  Most of the killing and non-deadly shootings involve black suspects shooting other black people. The race card can’t be played, or can it?

A recent Washington Post report about the number of homicides that have occurred throughout the United States over the last 10 years with no arrests made was turned into a game of race politics and police bashing.

Ponder for a moment these staggering statistics from the Post story.

“In the past decade, police in 52 of the nation’s largest cities have failed to make an arrest in nearly 26,000 killings, according to a Washington Post analysis of homicide arrest data. In more than 18,600 of those cases, the victim ... was black.

"Black victims, who accounted for the majority of homicides, were the least likely of any racial group to have their killings result in an arrest, the Post found. While police arrested someone in 63 percent of the killings of white victims, they did so in just 47 percent of those with black victims.”

The Post analysis showed that in almost every city surveyed, arrests were made in killings of black victims at lower rates than homicides involving white victims. The Post determined that there were racial inequities in homicide arrest rates no matter the location of the killing: A black homicide was less likely to lead to an arrest than a white homicide in either majority-black neighborhoods or majority-white neighborhoods. Since 2007, Boston police have made an arrest in nearly 90 percent of the homicides with white victims but 42 percent of the homicides with black victims, who account for the vast majority of the city’s killings. Yet, a majority of homicides with no arrests are in black neighborhoods.

Then the Post story turns to bashing and blaming the police.

The story points out that, “residents and community leaders in many cities remain skeptical that police are doing all they can to solve black homicides.”

“Black life is seen as not as important,” said the Rev. William Barber, a national civil rights leader, who called the failure by police to solve black homicides a civil rights crisis on par with questionable police shootings of minorities and wrongful convictions of black men.

“The black community gets cut by both edges of the sword,” said Barber, who until last year led the North Carolina chapter of the NAACP. “There’s no big rush to solve a case when it’s considered ‘black on black.’ But if it is a black-on-white killing, then everything is done to make an arrest.”

That is an intellectually lazy liberal talking point.

Key in this article was this fact: “In interviews with The Post, more than two dozen police chiefs and homicide commanders said they work just as hard to solve black murders but that those investigations are often hampered by reluctant witnesses. [...] 'I go to most of the homicide scenes, and I see the work these guys [homicide detectives] do,' said Evans, who announced his retirement as Boston’s police commissioner earlier this week. 'A lot of people sometimes see things and they don’t help us. Getting cooperation is the hardest thing.'"

In the city’s most violent neighborhoods, the writer said, community leaders blame what they perceive as apathy from police, prosecutors and local news media. However, none of the people from the community interviewed said anything about the cultural dysfunction of the black underclass that leads to fewer black homicides being solved. The no snitching culture is the law of the land in the American ghetto where being seen cooperating with police results in retaliation and intimidation. And the most obvious question not asked is the cultural rot aspect that leads to settling disputes with violence, taking property at gun point and intimidating neighbors at gunpoint.

The Post story goes on to say that, when you look at white murders, those crimes get solved even when there’s not a witness. Black murders, it seems like we’ve got to have a witness to the witness before we get an arrest,” one man told the writer. “This is a national epidemic.” The only epidemic is why blacks kill each other in the numbers that they do.

The Post intimates that Black Americans have long contended that the criminal justice system devalues black lives by allowing black killings to go unpunished. I disagree. I’ll offer that it is the black community itself that devalues black life with high rates of abortion, by settling disputes with violence, taking property by force and intimidating the neighborhood to protect gang and drug turf all the way to not cooperating once police arrive. The better question for the Post to have pursued would have been to ask what kind of human would witness a murder and not be able to appeal to their better angels and assist police in the apprehension and prosecution of the suspect? It isn’t the police and prosecutors who devalue human life. It is members of the black community. It’s not race, It’s cultural in nature.

The reason for the higher clearance rate of white murders is simple but hard for people playing identity politics to stomach. Culturally, whites are more cooperative with police in murder investigations. Period. Citing police indifference about black murders is without empirical foundation.

As a former homicide detective and then shift commander of the same division in the Milwaukee Police Department my experiences mirror that of police officials in Chicago. It is very hard to solve murders without community help. The first question that a prosecuting attorney wants to know is how solid the witnesses are, and will they be around at trial.  Many cases have been dropped against a suspect because they fall apart by the time the trial commences. Witnesses can’t be located, or they become reluctant or change their story. It’s not worth risking an acquittal because of too much doubt created by the defense about the witness testimony. It is better to leave the case unsolved in the hopes of a break in the case like new witnesses or new information coming to light.

Until the black community has a heart to heart with itself about the cultural degradation of the underclass that has permeated its fabric, murders will go unsolved.

David A. Clarke Jr is former Sheriff of Milwaukee County, WI and Distinguished Chair of American Law and Culture at the Capital Research Center in Washington D.C.