Memo to Congress: Do Your Job

Sheriff David Clarke, Ret.
|
Posted: Jun 12, 2018 8:58 AM
Share   Tweet
The opinions expressed by columnists are their own and do not necessarily represent the views of Townhall.com. 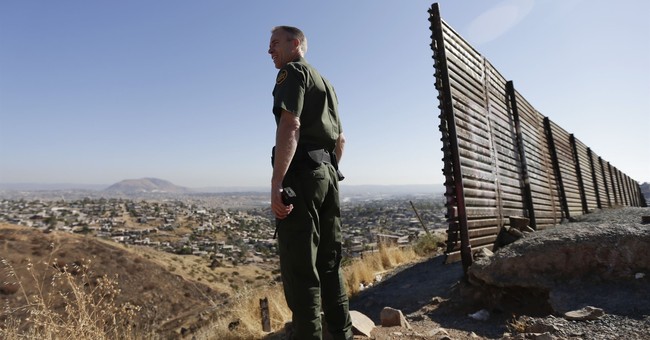 House Republicans are up to their old tricks. In an eleventh-hour move, they are trying to orchestrate an immigration fix that they can pass before the summer recess and the midterm elections.

When the 115th Congress convened 18 months ago, immigration was a top priority. However, they’ve done what Congress always does – wait around to the last minute. Just like they do with the debt ceiling and continuing resolutions to keep the government open, Congress keeps kicking the immigration can down the road. Instead of crafting policy on time, Capitol Hill staffers are in a frenzy – running around like chickens with their heads cut off trying to get something passed. Original legislation is typically too voluminous for legislators to read it before the roll call is taken. Therefore, it doesn’t get properly dissected until after its passage which often reveals things that make many voters unhappy.

Getting 218 GOP members to agree on anything is like herding cats. Reports initially suggested that offers were made in closed meetings by various GOP factions including the conservative Freedom Caucus. However, that quickly changed as everything unraveled via public denials that any compromise was made by the Freedom Caucus.

President Trump gave Congress a good start with his Four Pillars proposal at the State of the Union address in January. It included funding for a wall along the southern border and ending the so-called catch and release program, a policy that caught people illegally crossing the border and let them in the country with only a future court date. Trump’s proposal curtails chain migration for immediate family, and replaces the visa lottery program with a merit-based system. It also provides a solution to the estimated 800-1.8 million people on the Deferred Action for Childhood Arrivals (DACA) program.

Unfortunately, the last pillar seems to be where the GOP is stuck. What do we do with people who were brought here as children and how do we close loopholes for people continuing to exploit our system?

Trump’s proposal was a very fair compromise on DACA. It calls for strict background checks, maintaining employment, good moral character, and a 12-year wait to apply for citizenship. This is the sticking point for hardline GOP members in the House.

The hardline GOP members must consider the impact of their inaction. They are completely at odds with the American people on returning DACA recipients back to their country of origin. All the polls taken show that 80-90% of respondents support keeping DACA recipients in the U.S. with a path to citizenship. That may not be what I support, but as a former elected official, one thing I learned early on is that it is important to keep your finger on the pulse of the American voter. Public opinion still matters in this country. When you stray too far from the will of the voter, the voters will hand you your rear-end in the next election. That is what the GOP is flirting with on immigration.

With the midterm elections not too far away, the GOP has a lot to lose if they don’t act now. It will only take a few seats for the GOP to lose control of the House, and therefore they should have a real sense of urgency about solutions to our immigration crisis. I don’t have sympathy for parents who illegally dragged their children in tow across the border. I am as hardline as one can be on illegal immigration.

In contrast to DACA recipients, the other estimated 17 million illegal aliens in the United States should all be deported as they are caught. But the reality is that DACA recipients are here and we need a reasonable solution for them. Anybody who thinks that it is even logistically possible to round up over a million DACA recipients and deport them – some of whom only experienced life in America – is out of their mind.  A court would issue an injunction immediately.

If the GOP fixes the DACA issue, they will have a strong record come voting time. It will make for solid talking points about their ability to lead, solve problems, and move the ball forward. Most importantly, it’ll help them remain in power. Neither side will totally get what they want here and that’s part of their job as legislators. The GOP must take what they can get on immigration by giving the Democrats DACA and then focusing on deporting the other 17 million illegals.

At the end of the day, the GOP hardliners need to know that they cannot leave these 800,000-1.8 million DACA recipients in permanent limbo. At some point, a challenge to their permanent limbo status will end up in federal court and that’s when the Democrats will step in. Imagine some activist judge acting as a super legislature and immediately granting these folks full citizenship rights with no restrictions. That is a real possibility.

The Constitution is very clear. Article 1, Section 8 specifically says that the “Congress shall have power to form an uniform rule of Naturalization.” Obama acted unconstitutionally with his pen and his phone saying that if Congress wouldn’t act, he would. This is part of why we are dealing with the DACA situation now.

This is too dangerous of an issue for the GOP to play Russian roulette with or to kick the can down the road, once again. The GOP must stop approaching this problem like it’s the plague or as if they only want greater political leverage. Instead, they need to lead by fixing it.