Obama is Not the Only Problem 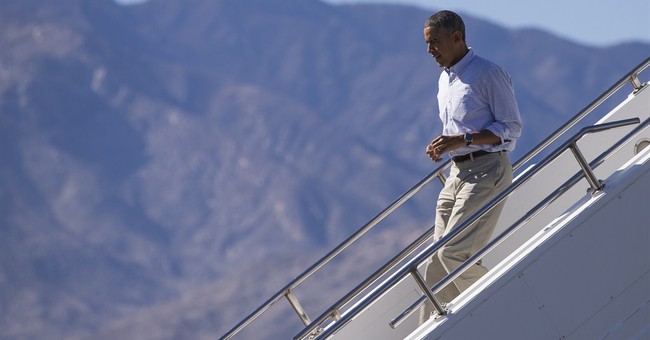 Hey readers, this one’s too long. Deal with it. There’s too much going on.

He gets away with what he does—just one example: “You can keep your plan and your health care will cost $2,500 less!” ...SURPRISE!! “You can’t keep your plan and it costs $3,00 more!!!--because the traitorous media doesn't chase him down on a damn thing.

The revolution has got to start with changing the liars behind the cameras.

In future decades, historians will marvel how his agenda was so hidden in the obvious open. And how a treasonous media hid it from a sheepish public because the media was in love with his pigment and his liberalism.

Good grief. He's not fooling anyone with an IQ above their age.
This guy wants ISIS to conquer Iraq.
He wants Iran to go Nuke.
He wants every subSaharan nation possible to fall to Al Qaeda.
He's elated Libya fell to Islamists. (Dropped plenty of our bombs for that).
He's still bitter Egypt threw off his "Butt buddies" (right Joe Biden?) from the Muslim Brotherhood.

I detest him. I detest the media that won't tell the story of him. They're presstitutes who can't challenge a black or a liberal or a multiculturalist anti-American.

Wait, Mr. President, are our friends Canada, England, Poland, and Israel? Or are they Saudi Arabia, Iran, Syria, and Russia? You can read his vote by whom he humiliates and whom he bows or capitulates to.

Questions a "reporter" from ABC NBC CBS will never ask this cypher: "Mr. President, if, as you say, after six years of your presidency, terror is more contained and Americans are safer from Islamist threats than before, then why are American civilians and military personnel more at risk in every nation in the Middle East than they were six years ago? Well, except for in our enemy, Israel.

We fled from the US Embassy in Libya. We laid down our arms and fled from Yemen. We lost an ambassador in Benghazi. We backed the Muslim Brotherhood in Egypt and got routed by mass uprisings and a popular military coup. We stuck our tongue out at Syria while Assad used Saddam's poison weapons to gas civilians. Then we were so flummoxed we gave center stage to Putin who took his shirt off and laughed at Barry. We abandoned Iraq and watched ISIS chew and burn it to shards. Iran's Mullahs are playing us like a yo-yo. We restored five Al Qaeda commanders to their battlefield in exchange for one US deserter, and tried to call it a victory.

How's that apology speech and "new respect" for our smarter world leader working out for us, or, for that matter, millions of endangered souls in the Middle East?

And the Presstitutes kick it into high gear. WASHPO headline: “As Walker Considers Presidential Bid, Questions Linger about His Ext From College.” Does anyone recall the Washington Post article "Questions Linger About Obama's Shadowy Education Record"? Lord what whores these flackers be.

Heard a reference to the wage gap today. Poppycock.

Women already have equal wages...for identical jobs. The alleged wage gap is two things: Women and men tend to work in different jobs; Women and men tend to make different life decisions in the jobs they work in.
Nothing will ever make female and male sensibilities and ambitions identical. Feminists even argue that point, before they lie to argue this point.

So among the reasons I can't abide Miley Cyrus...
She was bequeathed a temporary spotlight by her one hit wonder dad;
Oh, and the Disney Channel;
She had the stage and a chance to make something of herself;
She has talent, a nice voice, and skilled songwriters--she could do something;
She decided, for some reason, to compete with Madonna, Lady Gaga, and whoever else, in a race for the sluttiest;
She won the race she chose; she defaulted in the race she could have won or at least competed;
She's degrading the culture in the process.

Zeus dammit, America! What kind of deluded creep calls the massacre of 14 lives on a military base "workplace violence" when the trigger guy, shouting "Allahu Akhbar!" a sworn US Military officer called himself, "a soldier for Allah"?

What kind of leader forces his pukey spokesboy to insist the homicidal targeting of a French Jewish deli was "random violence"?

What kind of Jihadist symapthizer answers a human immolation in 2015 by reminding us of the Crusades and Jim Crow?

What kind of national media does not mock this freak off the national stage?

What kind of spirited Republic does not storm and trash the treasonous national media that spews the creep's bull shite?

What have we become?

WASHPO Headline: Republicans Dodge Fight on EPA Carbon Rules. This is sickening. Obama will succeed in EVERY power grab he makes. Republicans in Congress are worthless to oppose his leftist, anti-Constitutional agenda.

He will win every confrontation over withholding spending for his designs by threatening to veto and tag them with a shutdown. The GOP electeds will hem and quiver and that wussy McBoehnerConnell will have wise and sad reasons why it just can't be helped or altered. And the media will sing purrs and huzzahs to the triumphant, resurgent president.

When business and government team up to give business the leverage to mug consumers, (think protected market share, purchase mandates, barriers to entry, costly product "improvements" etc) it does not mean that the free market has failed and it does not mean government should have even more power and regulate more heavily.

It means the free market has been perverted and government should have less power to distort free exchange.

When Obama offers his slackers something free, he means paid for by hard working tax payers who didn't vote for him.

The corrupt national media Dem-spokes apparatus has shown who scares them. It's Wisconsin Governor Scott Walker. Brace yourself. They will manufacture slur after smear after hit after slime. From now until he wins or loses.

They don't even try to hide their agenda. They just count on duping the fools who believe them.