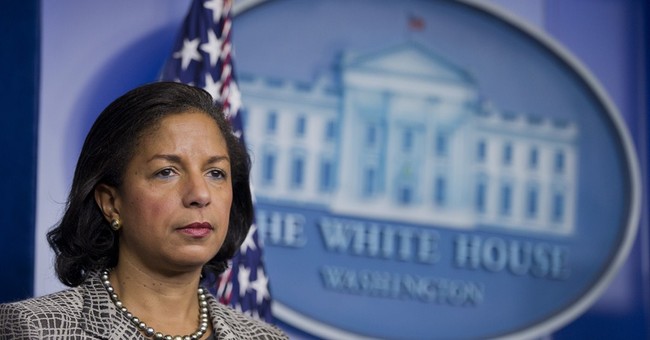 You few, you proud, you journalists who inform Americans about their nation and the world; you inheritors of the glorious tradition of a free and vital press—may I turn the tables and ask you a few questions?

Will any of you Obama cheerleaders ask the “Leader of the Free World” why he was so wrong and Romney was so right about the geopolitical challenge that Putin’s Russia poses to America?

Will you all apologize to Sarah Palin for y’all mocking her when she suggested Obama’s weakness might encourage Putin to invade Ukraine? Ya, know, since she was so right and you all were embarrassingly wrong?

Will any of you sophisticates reflect an iota on how your world view could be so far off when the rubes you mock were right on? Or will you keep pretending to be serious, knowledgeable observers and commentators? Should we pretend to keep taking you seriously? Or maybe will you consider admitting that even back then, you knew Romney and Palin were right? But it didn’t matter, since your mission was to destroy threats to Obama’s reelection.

Hey, since y’all branded Romney a Four Pinnochio liar for suggesting that Obama issued an executive order to eliminate the work requirement for welfare benefits, have any of you followed up to figure out and write about what is actually happening in the states regarding welfare and work? Or is journalistic accountability not part of the job description?

Will any of you Big Pens and Big Hairs ask the president of the United States this: If he’d lie to Americans about their insurance and health security—his signature legislation and legacy--then why should they believe a word he says about anything else that matters to them?

Can any of you news hounds explain how what happened in Watergate was worse than anything this president has done? Work with me, Media Stars…it’s a serious question. Nixon had an enemies list. Obama publicly declared his desire to punish enemies and reward friends. Nixon went after whistleblowers like Ellsworth. Obama has prosecuted more administration personnel and journalists for divulging his secrets than any president in history. Nixon tried to get the IRS to hound his enemies. Obama successfully invited the IRS to persecute his. Nixon covered up the political break-in of a hotel office. Obama covered up the facts of the slaughter of an ambassador and three other Americans to protect his campaign.

What did Nixon do that Obama didn’t do better and worse?

Will you ask him why, under his policies, the stock market being up while hiring lags isn’t a repudiation of everything he claims to believe in?

Hey, you shameless shills, why was “jobless recovery” a common media phrase under Reagan and Bush, but unspeakable under America’s King of Joblessness? Has it occurred to any of you crack reporters to investigate and explain to America how this administration has changed methodologies of counting the unemployed to hide America’s jobs disaster? Isn’t that something Americans would want to know about? Wouldn’t it make for sensational play on the evening news?

Will you ask the guy who brags about record production of American oil and gas why he tries to block or shut down all the domestic production he can? Will you ask why, if he supports energy development, he doesn’t just finally approve the Keystone Pipeline? Will you ask him to explain plainly what he could possibly have against it?

On the subject of non-scandals, will any brave truth speakers ask the president why he jumped to apologize for the abuses at the IRS if there is not a smidgeon of corruption there? Will you ask if he or his admin have inquired of Lois Lerner why she took the Fifth Amendment rather than testify truthfully to Congress about what happened at the IRS?

Will any of you think way outside the box and ask Obama if Bush is still to blame for what ails us, or if at long last, half way through his second term, he owns accountability for America’s domestic and international standing?

See, lots of us Americans are sick of your warm fuzzy stories for anything liberal or big government while you snarl and bark at anything Republican, limited government, or, heaven forbid, Tea Party or Libertarian. Before we despair and turn your channels off permanently, I’m curious. Is there one honest soul among you?

I think there were at least two. Mr. Tapper left ABC and is doing his best at CNN while Ms. Atkisson just announced her retirement from CBS. If the rest of you legacy trust fund reporters relegate us to nothing better than Fox, you’ll deserve whatever hell you inherit.