Tears on the Stairway to Heaven 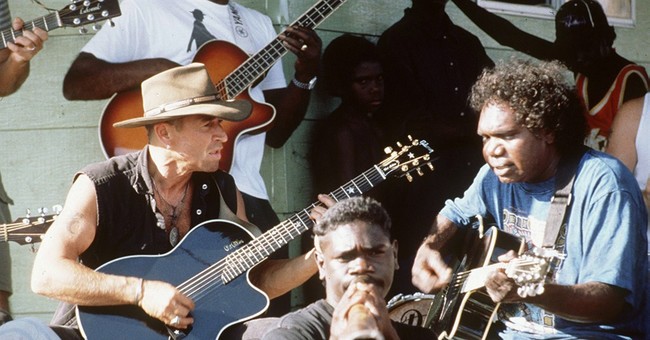 Don’t get me wrong. Back in the day, I enjoyed “Stairway to Heaven” at the high school dance as much as the next couple who was dancing really slow and close.

But I wouldn’t have guessed that decades later I’d be moved to tears by a tribute performance of Led Zeppelin’s iconic song, performed by 80s rockers Heart at the Kennedy Center, as the graying band members looked on and the Obamas, the recording industry, and Hollywood glitterati cheered.

Nor would I guess the YouTube video of last December’s ceremony, which I recently encountered and re-shared on Facebook, would prompt many other friends across political divides, and ranging from young to upper middle age, to likewise confess chills and tears.

The event, linked here for your savoring, depicts more than just appreciating a classic song and band. It pulls together the right threads to teach a number of life lessons: Life’s seasons end, and you’ll live a harvest. You make the world better when you add something of value to it, or, when you receive something of value and do right by it. Old and young, we’re all in this together. Old and new, everything has its place.

It’s a cliché to say music evokes nostalgia. “Stairway to Heaven” could be considered evocation with the amplifier turned way up.

But the performance opens a bigger window than simple nostalgia. The presence of Paige, Plant, and Jones, adds poignant mortality. They look graying, distinguished, and reflective, not like the commercialized spectacle of Mick, Keith, and the well-preserved Stones, rolling onto the arena stage pretending they’re 40 years younger.

It’s not just their mortality in the balance, but all of ours. We were young when we discovered the song. They were young when they created and performed it. Everything in the world seemed possible. But songs and stories and lives move toward an end; choices, actions, and time write a script that gradually replaces life’s possibility with life’s record and remembrance.

There is an opportunity available in life to everyone who starts something, everyone who builds something. Every carpenter who frames a house, landscaper who lays a flower bed, every dentist who starts or grows a practice, each of them adds something of themselves to the world and in due season might be able to see and savor their footprints.

But, the revelation from Heart’s rich performance was that the song doesn’t belong to its copyright holders or its original artists; it belongs to music, to people who listen, perform, and enjoy. It’s out of Led Zeppelin’s hands. Watching the clip gives the unmistakable impression the legendary band members sensed and appreciated that immensely.

It’s remarkable. If ever a song were linked to the distinctive sound of its performers, “Stairway” is it. But no one is indispensable. No executive, president, teacher, or consultant is permanent or irreplaceable.

Ann and Nancy Wilson seized the moment and inhabited the song. But they did it with total respect and appreciation for its pioneers.  Ann Wilson’s powerful but sincere and simple delivery shows the opportunities of receiving the works of others.

Maybe we aren’t the one who built the home or started the business. Maybe we bought it, got hired, stepped into a situation. But then, the situation becomes ours, to inhabit, to magnify, to enrich it as we choose.

Beyond generational baton-passing, it was notable the number’s performers included both young and noticeably old. We don’t just succeed, one generation to the next. We’re all in it together, at the same time. The gospel choir added another potent layer of symbolism: a classic rock anthem, fused to spiritual music; youthful rebellion and timeless striving, pointing to universal yearnings.

I’m still pondering why this performance moved so many people to tears. Maybe it’s simple; maybe my older brother nailed it when he shared the link: “Wow! What's it like to get a standing O from Led Zep when you cover ‘Stairway to Heaven?’” And Plant wipes tears from his eyes.

That’s not something you see every day.