‘Repeal and Replace’: It’s for More Than Just Awful Obamacare

Seton Motley
|
Posted: Jan 11, 2017 1:20 PM
Share   Tweet
The opinions expressed by columnists are their own and do not necessarily represent the views of Townhall.com. 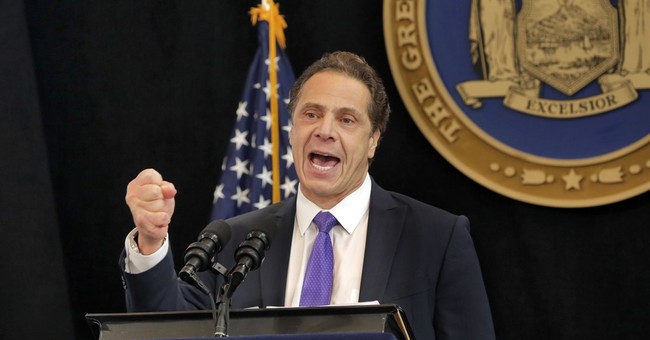 “Repeal and Replace” is currently all the rage in Washington, D.C. As well it should be. As the newly ensconced Republican trinity (President, Senate and House) work to excavate We the People from the awfulness that is Obamacare.

To wit: New York State: “Governor Andrew Cuomo announced a unilateral mass expansion of government - in the name of fighting global warming…oops, I mean climate change: ‘The state’s Public Service Commission (PSC) earlier Monday passed a new set of standards that by 2030 is supposed to ensure that half of New York’s energy needs are met by renewable methods, ranging from solar and wind, as well as hydro and nuclear power.’”

Cuomo, Inc’s pronounced shift from actual energy to “green energy” - which as we have seen for years is neither green nor energy - is leading to some additional really stupid things. Like the Cuomo, Inc. shutdown of two Indian Point nuclear power plants - ironically, the only green energy source that actually produces energy: “The two reactors at Indian Point, which are owned by New Orleans-based Entergy Corporation, provide about 25 percent of the electricity needed by New York City.”

Think New York can replace that much juice with wind and solar? While elsewhere ramping up the mandated wind and solar percentages on top of this ridiculousness? If you're just that delusional - perhaps Cuomo, Inc. is hiring. Or maybe Greenpeace.

What we do know is that neither wind, solar or bureaucratic hot air have proven to be viable energy sources.

What a giant government mess all of this is eminently deserving of repeal. The entirety of Cuomo, Inc.’s government-and-tax-expansion-plan should be undone and reversed.

And with what, then, to replace it?

For one thing, the state’s legislature should pass actual legislation that returns these sorts of things to the state’s legislature - where they belong. Law that clearly delineates the roles for every executive branch agency - demarcated lines and tasks, with absolutely zero bureaucrat wiggle room. No more flights of regulatory fancy on the part of this agency or that - totally untethered to any actual statute.

And there is more New York can do. New York’s elected officials are apparently working thereon.

In the meantime, Cuomo, Inc. should completely repeal its energy inanity.

While the state’s elected representatives work to replace it with legislation that ensures inanity of this sort can never happen again.