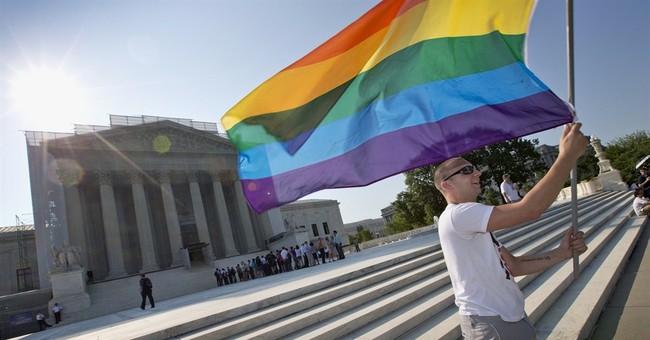 Later this month, the Supreme Court will hear oral arguments on gay marriage cases in four states, including Tennessee, where Val Tanco and Sophy Jesty are hoping their New York marriage will soon be recognized.

Tennessee is an interesting microcosm through which to examine the movement on the gay marriage debate.

In just one year, Tennesseans have shifted a full nine points in their opposition to gay marriage, according to one poll, from 64 percent who opposed it in 2014 to 55 percent in 2015.

Still, with 2016 politics looming large over this issue, the cultural battle is an uphill one, as we learned with the recent brouhaha in Indiana, which tried to pass a law protecting religious business owners from anti-discrimination lawsuits. (That there was a brouhaha may be a good sign for gay rights activists, as plenty of similar bills had already quietly passed in dozens of other states).

As a conservative who supports gay marriage and gay adoption and is a signatory on two amicus briefs to legally recognize gay marriage, but who also deeply respects religious viewpoints on the issue, it's one of particular importance to me, especially as Republicans try to win back the White House in 2016.

For some time I've been quietly (and sometimes not so quietly) telling my conservative friends that while the party can still support traditional views on marriage, it does need to adjust its attitudes, for two reasons I like to sum up as "math and manners."

On the math, of course, the numbers are fairly compelling. The Millennial generation is 80 million, the largest in history. And for Millennials who lean right, gay marriage is an area in which they disagree with their party.

A 2014 Pew poll found that 61 percent of Republicans under 30 support gay marriage.

And the most recent survey of incoming freshman at UCLA found that 44.3 percent of students who considered themselves "far right" believed same-sex couples should have the right to legally marry, while 56.6 percent of "conservatives" believed the same.

Nationally, the numbers are there, too. Sixty-three percent of Americans, the highest percentage ever, support the constitutional right to marry for gay couples, according to a 2015 CNN/ORC poll.

But opening our hearts and minds to supporters of gay marriage is also just good manners. For one, there are gay conservatives like the Log Cabin Republicans, a group that just this week was barred from participating in the Western Conservative Summit. Would the party prefer these folks support and vote for Democrats? For another, there are conservatives who support gay marriage, like the Young Conservatives for the Freedom to Marry (of which I am a member), and we don't want to be excommunicated from the movement for our advocacy. If we are truly a big tent, we should celebrate our diversity instead of trying to purify it.

But in addition to math and manners, I've always been able to make what I think is a conservative case for gay marriage and gay adoption. On the first, conservatives and gay rights activists alike both want to keep the government out of our private lives. We also both deeply believe in the economically stabilizing and socially responsible institution of marriage. And on the second, if we view abortion as the last, worst option for an unwanted pregnancy, shouldn't we support the adoption of a child by any loving couple that wants it?

A few weeks ago I was in Tennessee, speaking to a group of college students. After the lecture one young woman came up to me and said: "I want to thank you. Last year, my younger brother came out. Your perspective on gay marriage showed me that I wasn't any less conservative for accepting and supporting him. I want to be both, and you gave me that permission."