What I Learned From Clerking For Judge Gorsuch

Sean Jackowitz
|
Posted: Feb 08, 2017 3:40 PM
Share   Tweet
The opinions expressed by columnists are their own and do not necessarily represent the views of Townhall.com. 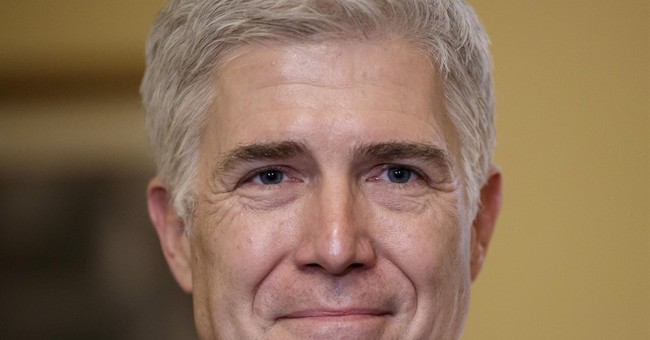 Judge Neil Gorsuch, nominated by President Donald Trump for a seat on the Supreme Court of the United States, is among the top legal thinkers in the country, but you would never know it from talking to him. Judge Gorsuch is a humble man, and his humility informs his textualist approach to the law and makes him uniquely qualified to be a Supreme Court Justice. I know this because I was once his law clerk.

One of my favorite parts of clerking for Judge Gorsuch was his afternoon ritual with the clerks. Around 4:00 pm every day, the judge would burst into the clerks’ room (unlike most judges, Judge Gorsuch insisted the clerks sit together and work collaboratively), flop down on an old leather chair, and instruct the four of us, “Tell me something I don’t know.”

At first, we dreaded this. Was he looking for us to uncover new facts in our cases? Did he expect us to reach some critical legal insight, each and every day? As it turned out, all the judge wanted was to, quite literally, learn something he didn’t know. In due time this turned into a welcome challenge. At lunch the clerks would sit around and think of trivia, the more esoteric, the better. The judge also loved stories about travel, or foreign cultures, maybe some history now and then. But so too did he like to learn about things going on in our lives, like how were my then-fiancée and I adjusting to life in Denver? Did we do any good hiking? And perhaps most important to Judge Gorsuch, a true native Coloradan, was I doing enough to learn to ski?

Of course we clerks learned more from Judge Gorsuch than he ever did from us. I’ve thought of this frequently the past few days as I hear Judge Gorsuch’s critics pigeonhole him as a mere “textualist.” To many lawyers – including even myself, once upon a time – the “textualist” label has political connotations. But as I learned from Judge Gorsuch, textualism is really what most people expect good lawyers and judges to do: study legal texts (like statutes, contracts and yes, even the Constitution) and make sense of the language in front of them.

Judge Gorsuch’s textualism is borne of his own humility and view of the judicial function. “Judges,” he recently remarked, “should be in the business of declaring what the law is using the traditional tools of interpretation, rather than pronouncing the law as they might wish it to be in light of their own political views.” This is an approach I have tried to adopt in my own legal career. After all, no argument is ever as convincing as “It says so right here.”

Admittedly textualism sounds none too exciting, and it isn’t always. But a humorless grammarian Judge Gorsuch is not. In his opinions, he often engages with tricky texts with both insight and wit. Indeed, working for Judge Gorsuch often reminded me of geeky debates I might have had in college about the semantics of some expression or another. Late one day the judge and I sat in his office debating the grammar of a particularly knotty jurisdictional statute. At one point, he paused and said, “This is what being a lawyer is all about.”

I don’t remember who won that debate about that provision. (It was probably Judge Gorsuch.) But after a year of clerking for Judge Gorsuch, I became convinced that judges should first and foremost be careful readers of legal text – and, for my own benefit, that the best attorneys understand what the words of a legal text actually say.