SC State Rep. Garry Smith
|
Posted: Nov 20, 2017 12:01 AM
Share   Tweet
The opinions expressed by columnists are their own and do not necessarily represent the views of Townhall.com. 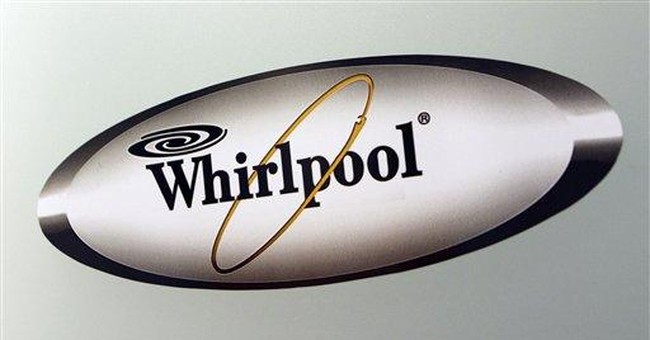 The cynical use of American trade law to secure advantages over foreign competition is becoming increasingly pervasive among U.S. companies. This unfortunate trend rejects the traditions that have led to America’s economic preeminence and could destroy job opportunities for hardworking South Carolinians.  Today’s political climate overlooks opportunities free markets offer, ignores protectionism’s devastating impact, and encourages unqualified support for domestic firms. America’s economic openness has given the American consumer greater choice at lower prices and has created jobs for the American worker. Despite the evidence, some Americans cling to the notion that companies headquartered in the U.S. are the sole creators of American jobs – an assumption that flies in the face of the South Carolina experience.

South Carolinians are just as likely to work at BMW as at Boeing. Attracting overseas investment to the United States creates American jobs, and South Carolina has leveraged this strategy better than most states for years. Foreign direct investment (FDI) is responsible for seven percent of the state’s private sector employment. More than 1,000 foreign firms operate inside South Carolina’s borders employing more than 100,000 of the state’s residents, an achievement that was recognized by FDI Magazine which designated the Palmetto State as the FDI National Champion in 2016.

South Carolinians understand FDI’s economic growth potential and are deeply concerned by an ongoing Section 201 petition filed by Whirlpool that threatens the future of a revitalized manufacturing facility that Samsung will operate in Newberry, SC to manufacture state-of-the-art washing machines.  Samsung’s investment is expected to create 1,000 good paying jobs for South Carolinians, and the South Korean firm has plans to expand operations to Michigan and New Jersey in the near future. LG is also under attack by Whirlpool in the case and yet it just broke ground for a facility in Tennessee that will generate manufacturing jobs for 600 American workers. These are jobs created by foreign-based companies that invest in America, hire Americans and pay taxes in America. The price of “protecting” U.S. companies is fewer jobs, lost investment and less innovation from protected industries.

South Carolina Governor Henry McMaster forthrightly articulated the state’s deep concern in a statement to the International Trade Commission (ITC) commissioners last month, “The commission’s actions […] could chill a community and manufacturing success story before it gets a chance to take off.” He continued, “South Carolinians want and need this facility to be successful, and this case as you know, threatens this outcome.”

South Carolina’s positive experience with foreign firms and some notable disappointments with a handful of domestic ones color our hesitation to offer unconditional support to American over foreign enterprises. The memory of the closure of two nuclear production power plants due to a parent company bankruptcy is still fresh in the minds of many in Newberry who were left with $1.5 billion loss that they did not cause. South Carolinians also remember when Maytag, a Whirlpool affiliated company, left Florence County in 2005. These episodes foster the healthy skepticism many South Carolina residents express when they hear calls to support domestic companies over foreign ones blindly.

Whirlpool is attempting to capitalize on the administration’s protectionist bent to pad its bottom line at a time when Whirlpool is thriving.  It is recording profits and enjoys a share of the residential washer market equal to the combined share of its two rivals. Section 201 was last invoked in 2002 imposing 30 percent tariffs on steel imports resulting in the elimination of 200,000 American jobs with minimal benefit to U.S. steel producers. Complex trade issues have become politicized and over simplified. Trade surpluses are good – trade deficits bad; exports are good – imports bad; unconditional support for domestic companies is good – foreign competition bad.  In reality, foreign direct investment in the U.S. creates American prosperity – South Carolina’s 3.9 percent unemployment rate, which is below the national average is a testament to FDI’s power.  Using U.S. trade law to protect companies from competition is a bad deal for American workers, consumers and our economy.