Scott Rasmussen
|
Posted: Apr 25, 2019 12:01 AM
Share   Tweet
The opinions expressed by columnists are their own and do not necessarily represent the views of Townhall.com. 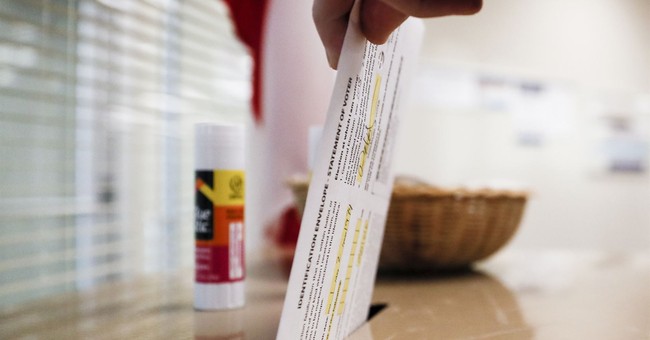 Fifty-three percent of voters believe political corruption is a crisis in the United States, while another 36% believe it is a significant problem but not a crisis.

That's consistent with other ScottRasmussen.com polling data showing that 87% of voters nationwide believe corruption is widespread in the federal government. Solid majorities believe there is also corruption in state (70%) and local (57%) government.

The belief that our nation has a political corruption crisis is shared by 53% of women, 52% of men, 51% of white voters, 55% of black and Hispanic voters, 54% of rural voters, 53% of suburban voters and 52% of urban voters. This is truly an issue that cuts across partisan and demographic lines.

In fact, given a list of 10 challenges facing the nation, political corruption was rated as a crisis by more voters than any other issue. Forty-three percent consider illegal immigration a crisis, 40% say the same about government deficits, and 39% believe global warming/climate change is a crisis.

The ScottRasmussen.com national survey also found that 33% consider poverty a crisis, 30% say the same about racism, 29% believe the student loan debt is a crisis, 27% think that describes economic inequality, 22% believe it applies to overregulation and 18% to sexism.

Recognition of political corruption as the nation's biggest crisis shouldn't be much of a surprise, considering the ongoing political debates. On one side, many voters believe that President Donald Trump was elected to clean up the swamp. On the other side, many believe the president is more corrupt than other politicians.

But the perception of political corruption as a crisis goes deeper than attitudes about the president:

-- A majority of voters (54%) believe it's likely that their own representative in Congress trades votes for cash.

-- Just 23% believe their own representative is the best person for the job.

-- Two-thirds of voters (67%) believe that big businesses and government regulators often work together to create rules that are harmful and unfair to consumers.

-- An overwhelming majority of voters -- 82% -- believe that the top leaders of federal regulatory agencies often use their position to pursue their own personal agenda and impose their standards on the rest of the nation.

Put it all together and you have a situation where voters find little hope and much cynicism in the political process.

Only 26% of voters think it is even somewhat likely that Congress will successfully address major issues facing the nation before the next election. Just 17% now trust the federal government to do the right thing most or all of the time. That hardly sounds like a system where the government enjoys the consent of the governed.

In fact, the system is so broken that 27% of voters don't think anything would be all that different if Hillary Clinton had won the presidential election in 2016.