It's Not About Trump, It's About His Voters

Scott Rasmussen
|
Posted: Jun 22, 2017 12:01 AM
Share   Tweet
The opinions expressed by columnists are their own and do not necessarily represent the views of Townhall.com. 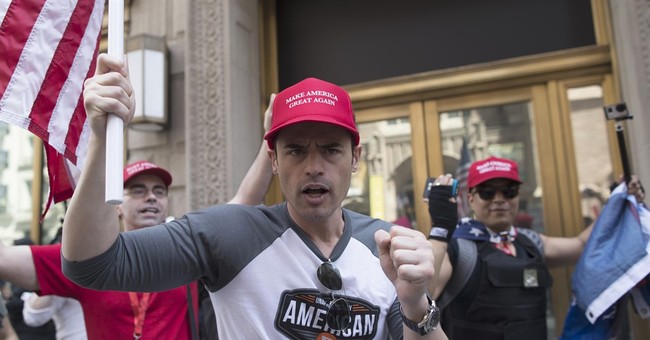 In Election 2016, Democrats seemed to assume that the unpopularity of Donald Trump would be enough to keep him out of the White House. It's true that most Americans viewed him unfavorably, but the same was also true of Hillary Clinton. Given such an unappealing choice, millions of voters decided that Trump was the lesser of two evils.

In a series of 2017 special elections, Democrats have continued to make the same mistake. They look at the president's low job approval ratings and assume that simply opposing President Trump should be sufficient to win elections. That was the theory behind Tuesday's special election in Georgia where Democrats from around the nation financed the most expensive Congressional campaign in history but still came up empty.

Blinded by rage at the president, many Democrats are struggling to come to grips with how this could happen. Convinced that the continuous headlines about Russia, special prosecutors and James Comey have made impeachment a real possibility, they failed to notice that the president's job approval rating has been steady for three full months.

Perhaps the most succinct rationale was provided by Representative Tim Ryan, a Democrat from Ohio: "Our brand is worse than Trump." In other words, the president may be unpopular, but many voters in the middle still consider his team the lesser of two evils.

Data from earlier this year backs him up. Simmons Research found that 17 percent of voters are unhappy that Trump is president but happy Clinton isn't. At the time Simmons did their research, 52 percent of voters were either happy that Trump was president or at least happy that he kept Clinton out of the Oval Office. Those data points were collected a little more than a month into the Trump administration, between February 27 and March 5. At that time, the president's approval was only 44 percent, so there was an 8-point gap between the job approval and the combined support for Trump's victory.

There is no data measuring that gap today. However, it may be even bigger today than it was a few months ago. The president's declining job approval rating may have been offset by an increase in the number who still consider him the lesser of two evils. If so, it's not unreasonable to conclude that a narrow majority of voters remain pleased that Clinton is not serving as president.

Tuesday's results from Georgia indicate some support for that theory. The final results were very similar to the president's showing in the district last fall. Anecdotal evidence also comes from the fact that many Republicans and conservatives complain about the president while also expressing relief that he added Justice Neil Gorsuch to the U.S. Supreme Court.

For Democrats, therefore, being opposed to Trump is not enough. They must convince some reluctant Trump supporters that things have changed enough for the Democrats to be considered the lesser of two evils. That will require paying less attention to the president and more attention to the legitimate concerns of those who voted for him.