Of Course We Should Let the Big Banks Fail 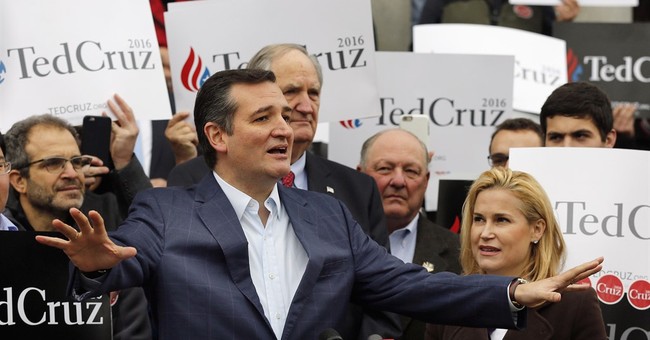 Trending
At the Republican Presidential debate earlier this week, Texas Senator Ted Cruz did something unusual for a politician -- he gave a straightforward answer to a question. Yes, Cruz made clear, if the Bank of America was on the brink, he would let it fail.

That answer made perfect sense to millions of Americans who are tired of politicians doing special favors for their well-connected friends on Wall Street. But doing such favors is what Washington politics is all about.

That reality was highlighted by Neil Barofsky, who served as the Special Inspector General for the TARP bailouts. His book "Bailout: An Inside Account of How Washington Abandoned Main Street While Rescuing Wall Street." The title says it all. A lifelong Democrat, appointed by President Bush, Barofsky was stunned that the change from the Bush Administration to the Obama Administration made no difference. No matter which party controlled the White House, the Treasury Department saw its goal as insuring the financial success of the big banks.

Perhaps the moderator, Neil Cavuto, was startled by the candor of Cruz's response. In seeking to make sure that the Senator really meant he would let the bank fail, Cavuto made one of the few moderator's mistakes that evening. He claimed that "Millions of depositors would be on the line with that decision." That's simply not true.

In fact, only the wealthiest of depositors would be at risk. The Federal Deposit Insurance Corporation (FDIC) guarantees deposits up to the $250,000 level. So, if a President Cruz let Bank of America fail, the stockholders in the company would lose their investment. The management team that drove the bank to ruin would lose their jobs. But the depositors would be protected. That's the way it's supposed to work in a competitive free market system.

The bailouts of big banks are not about protecting the little guy. They are about protecting the wealthy and well connected. According to the Cato Institute's Dan Mitchell, "the bailouts were fundamentally corrupt, featuring special favors for the well-heeled." There's no reason to believe they will be any different in the future. Mitchell added, "It is downright nauseating and disgusting when upper-income people use the coercive power of government to steal money from lower-income people."

It is only natural that they want to use the power of government to help their friends. But that doesn't make it right.

Ideally, of course, we'd like our government to reduce the risks of big bank failures before the next crisis arrives. As some of the debaters suggested, we do need to higher capital reserve requirements and other reforms. We should also break up the biggest banks so that they pose less of a threat to the economy at large.

But the single more important reform of all is to make sure the leadership of the mega-banks gets the message that there will be no more bailouts. If they run their bank into the ground, they lose their job.