Three Ways Liberals Hoist Themselves With Their Own Petards On Immigration

Scott Morefield
|
Posted: May 14, 2018 12:01 AM
Share   Tweet
The opinions expressed by columnists are their own and do not necessarily represent the views of Townhall.com. 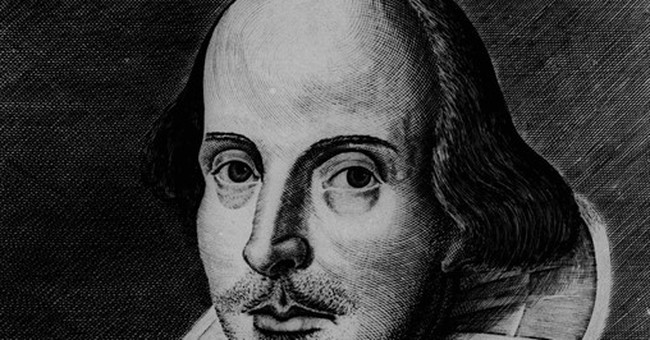 If any timeworn phrase perfectly describes liberals and their ridiculous policy positions, it’s the fact that they’re constantly “hoisting” themselves with their “own petards.”

What doth that mean, asks ye?

Well, according to Wikipedia, “‘Hoist with his own petard’ is a Shakespearean idiom from Hamlet meaning ‘to cause the bomb maker to be blown up with his own bomb.’” Of course, a Hamlet idiom is entirely too dignified for these idiots, who’d be far more accurately portrayed as Wile E. Coyote letting a bomb intended for the Road Runner explode in his own face.

Over and over again, because liberals never learn (and the ones that do become conservatives!).

So let’s examine a few key ways liberals wreak havoc on their own professed causes and long term goals, not to mention society itself, by championing positions that are not only untenable and unworkable, but quite definably insane. These three will deal with the immigration issue, but there are doubtless plenty more where these came from on plenty of other issues.

The idea behind a so-called “sanctuary city” is for local authorities to not cooperate with immigration authorities when it comes to turning over illegal immigrants who happen to be caught committing crimes and imprisoned in local jails. Yes, I realize we’re supposed to believe illegal immigrants don’t actually commit crime - a lie which, were it true, would negate the need for “sanctuary cities” entirely. But sadly, illegal immigrants not only commit crime, they commit it far out of proportion to their numbers. And liberals, for whatever reason, feel the need to protect these criminals from deportation so they are free to commit their next crime here in the good ole’ U S of A.

At any rate, what actually happens is illegal immigrant criminals are released and, instead of being picked up by ICE at the jail and dealt with according to the law, make their way back to their community, which is bound to consist of more than a few other illegal immigrants. Consequently, as confirmed by none other than retiring ICE acting director Tom Homan, when the feds inevitably come after them, they come across a whole other host of potential arrestees.

If any universal rule would ever apply specifically to liberals, it’s that they’ve never seen a Third World immigrant they didn’t absolutely love. And it’s an unconditional love, like the kind that’s typically reserved for offspring, cute puppies, and NBC’s “This Is Us.” Every time a liberal sees a picture or video of Third World migrants ‘courageously’ marching or sailing to the West to demand their free goodies, every liberal sitting comfortably in their fancy home in their lilly-white suburban neighborhood literally gets a Chris Matthews-style thrill right up their leg.

It’s a hard and fast rule too, like gravity, thermodynamics, and their love for Che Guevara. It doesn’t matter if the migrants crossing the border are ISIS terrorist sleeper cells or a rogue MS-13 unit the rest of the gang sent to America for being too violent for their tastes - the more the merrier, so long as they’re likely to vote Democrat.

Except, terrorism and crime aside, aren’t Democrats and liberals supposed to be for ordinary working people? If so, wouldn’t that entail at least pretending to want them to make more money? Which leads to the question - when hordes of low-skilled illegal and even legal immigrants pour across the border, who do liberals think they’re going to compete with for jobs? Rocket scientists? Physics professors? Nuclear engineers?

Nope, they’re competing with the very people liberals count on to keep blindly putting them into power. Except, Democratic ignorance of this issue is a major reason Trump overturned the electoral map by winning states like Michigan, Pennsylvania, and Wisconsin.

It’s called ‘supply and demand,’ and the fact that liberals cannot seem to comprehend it doesn’t make it any less an economic fact.

Again, liberals love immigration from the Third World, and it really doesn’t matter to them where it’s coming from, as long as it’s coming TO Western nations and FROM the Third World. As far as they’re concerned, the deeper the hellhole the more qualified the candidate. So when Syrians and other Muslims make their way to Europe from the Middle East and northern Africa by the boatload or the trainload, libs across the pond want to open that door as wide as possible, all the while cracking the whip on any upstart natives who dare dissent.

But here’s the problem, especially in Europe where the vast majority of Third World migrants adhere to a religion that doesn’t exactly align with your typical progressive agenda, much less anyone who thinks gays have the right to live or that women should be allowed to drive or show their ankles in public. Now I’m not saying every Muslim believes everything about the most extreme elements of their religion, because they obviously don’t, but to state that Islam tends to be more socially restrictive than Western social norms is a more than reasonable assertion.

So, where’s the logic? Well, there’s not a lot, except votes (for now). Check out this article from last year about how European liberals twist themselves into a pretzel trying to “pursue Muslim voters without undermining their liberal values.” So, how is this supposed to end, libs? What do Islamic countries look like and, if Muslims become the majority in any Western nation, what would we expect that nation to eventually become? Or have you even thought it through that far?

(Cue Wile E. Coyote staring resignedly at a bomb in his hand that’s about to explode…)

There are obviously plenty more where these came from, because more often than not policy positions originated by liberals tend to come back and bite themselves in the rear. Maybe we’ll cover some more in a future column, but in the meantime feel free to comment on some other crazy ways you’ve observed liberals hoisting themselves with their own petards.