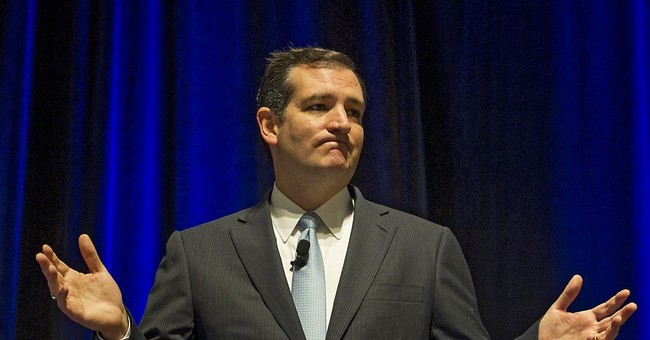 “Beware, my lord, of jealousy: It is the green-eyed monster….” (Othello)

Three weeks after the opening of our government, I finally realized why there is so much hatred for Senator Ted Cruz and company: Jealousy. Cruz’s words and actions served as the political equivalent of Dramamine by freeing Americans from the motion sickness that comes from Washington, DC’s normal spin cycle. Cruz’s critics are jealous of his ability to cut through their spin, grab the American people's attention, and draw their focus to a conservative mission.

This jealousy explains the hours between the end of the filibuster and the beginning of the government shutdown. Whereas those crucial hours could have been used to seize the momentum and expose the failures of Obama’s policies, moderates instead spent that time strategizing about how to punish the honest mavericks of the party. Then, with the momentum lost and defeat assured, they blamed Ted Cruz and the Tea Party instead of taking responsibility for their miscalculations.

This is unfortunately an old refrain – a broken record the moderates never get tired of trotting out. They lead us into the desert without water or a map, and then they blame conservatives when things go wrong. In the past, their names have included Dole, McCain, and Romney. The real shocker is not that in each case we lost on Election Day, but rather that the next day we allowed the moderates to not only stay in power but more importantly place the blame for the loss on conservatives.

Whether you agree with Senator Cruz and his filibuster, you must give him credit for broadening the circle of engagement on a political issue and making a policy item hard to ignore for most Americans. Those who normally couldn't even name their own Senator saw a man standing up for twenty-two hours, and I’d bet their curiosity made them probe a bit more to find his motivation. Now, as Obamacrash is continuing on its downward spiral, those same people will think back to the man who was trying to warn them. They’ll remember him and his warning every time they get a medical bill in the mail, every time they’re forced off a health plan they like, and every time they go to file their annual taxes.

The answer depends on whether we turn the reins of the party over to the Dole-McCain-Romney crowd, or whether we move the GOP to the right of center, where it belongs and where it will win. Just as Obama won two elections without being tied down by the hawkish, socially conservative wing of the Democratic Party – yes, once upon a time, it did exist – we need to cut the puppet strings of the moderates in the GOP and then make our party once again the party of Abraham Lincoln and Ronald Reagan – both of whom knew a thing or two about winning presidential elections by standing up for their principles and appealing straight to the people.

One of my mentors, Monica Crowley, once said that our Constitution actually set up four branches of Government. We all know of the first three: Executive, Legislative, and Judicial. However, we tend to forget the most important one: The People’s Branch. It's time for the people to reclaim the power of this branch, and the first step is to re-establish a fearless, principled, and straight-talking party of the people, which was and can be again the Republican Party.