Why is Violence Against Teachers Being Covered Up? 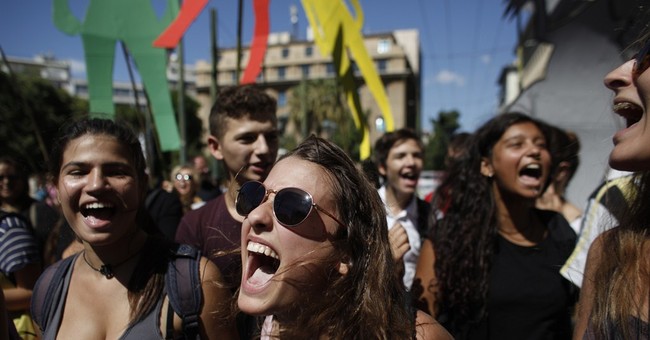 Baltimore teacher Jeff Slattery struggles with fear every day. He literally has to force himself out the door as he heads to his classroom. In December 2010 at Baltimore Community High School Slattery stopped a student without a hall pass. The student got physical. Slattery let him go.

"He walked down the hallway, I turned around and went back to my classroom and he came up from behind me and once I was on the ground, he's basically standing on top of me. He struck me multiple times. When my jaw broke, I went unconscious and I don't remember anything after that." The Social Studies teacher later learned it took four teachers to pull the student off him. Slattery’s broken jaw was wired shut for weeks.

Slattery's assault by a student was just one of seven hundred that school year in Baltimore City Public Schools where its own data shows an average of four school personnel were assaulted each day in 2010. That average has held true through the past five school years with a total of nearly four thousand assaults by students on personnel -- with increases in the last two years.

Teachers across the country are experiencing alarmingly high rates of student violence and harassment while at school. Yet, there are surprisingly few studies of the numbers and frequency of these incidents. The reporting requirements at the school, local, state and national level are either non-existent or routinely ignored. The anemic official response to the increasing pattern of violence puts teachers in position of being victimized by the system rather than protected by it. In fact, the teachers’ union response to the Slattery attack in Baltimore was simply to encourage teachers to voluntarily fill out a form if they get attacked.

Governors should lead the charge to demand more comprehensive and accurate reporting of this threat to teachers as well as prompt punishment for offenders in order to provide teachers and their students with a safe working environment. The teachers’ unions should be demanding action, yet there is mostly silence from those who loudly claim to represent the interests of teachers who are being assaulted daily in American classrooms.

Some reporting requirements are already in place but are obviously ineffective. School violence directed at teachers is grossly underreported, with “official” national records claiming only 7% of teachers have been subjected to threats or violence.

Additionally, there is clearly an effort to hide the problem, whether it is the direct or indirect efforts of principals to discourage teachers from leaving a paper trail, the threat of reprisal that intimidates teachers into silence, or bureaucrats who reduce the number of reported incidents and then claim the threats and violence are receding simply because there is a lack of punishment. For example, in 2012 the Bibb County, GA school system dramatically reduced its use of evidentiary hearings that lead to expulsions, suspensions and other tough punishments for students with repeated discipline problems. One result is that more of these students remained in the classroom, often creating difficulties for teachers and other students.

Bibb County claimed that the number of “evidentiary hearings” for student misconduct had dropped from 772 during the 2010-11 school year to just 116 during the 2011-12 school year and showed “progress” in protecting teachers. Expulsions dropped from 223 to 28, and permanent expulsion and corporal punishment were eliminated!

So things are better in Bibb County, right? Not according to teachers and administrators who say they have been discouraged from -- or even punished -- for sending students to the office or requesting disciplinary hearings. They are not just fearful of their students; they also fear retaliation from principals and school officials for speaking up! Safe Havens International, a consulting firm hired by Bibb County to evaluate school safety, determined there was a “pervasive” problem of underreporting the violence and threats targeted at teachers.

The numbers of reported incidents in Bibb County HAVE gone down.

Children cannot learn in an environment of fear. When the authority figures in our schools are abused and threatened with impunity, kids do not feel protected and lose their focus and their respect for the system that cannot even protect the adults. It is past time for our nation’s Governors to ensure that our schools are safe environments for learning, which means addressing this largely hidden crisis in our schools. Covering up the problem won’t fix it.