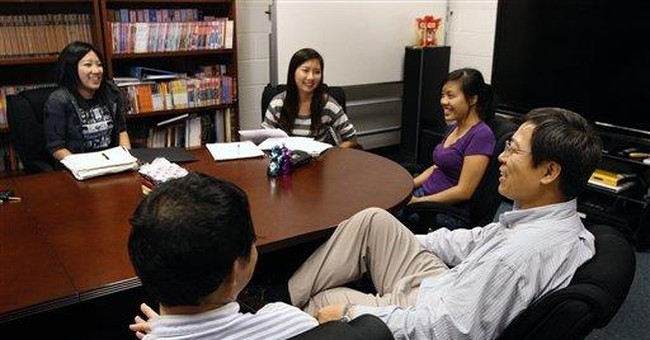 Tuesday, January 20th, 2009, marked the day when an out of touch, complacent, and corrupt Washington D.C. was to be transformed by a series of campaign promises, most notably that of hope and change. Ten months later the winds of Obama's campaign slogans have long since passed, leaving behind a bitterly partisan and business-as-usual Washington D.C.

Last week a concrete and tangible measure of hope and real change was introduced on Capitol Hill by Senator Jim DeMint and several of his Republican colleagues. DeMint’s proposal came in the form of a constitutional amendment that would place term-limits on members of the House and Senate. Simple yet compelling, the amendment would oust those deemed "permanent politicians."

Mirroring the problems associated with permanent politicians is another arena of American society that could also benefit from change in its permanent ranks. Our system of higher education must take another look at that old fashioned and deficient policy of tenure.

DeMint summed up the disparaging condition of Washington D.C. perfectly in support of his amendment: “As long as members have the chance to spend their lives in Washington, their interests will always skew toward spending taxpayer dollars to buy off special interests, covering over corruption in the bureaucracy, fundraising, relationship building among lobbyists, and trading favors for pork – in short, amassing their own power.”

Apply a similar litmus test to higher education in the United States, and the policy of tenure draws stark comparisons. Emboldened by increased control over curriculum, position in high-level committees and seemingly impenetrable job security, tenured professors have little or no accountability for their actions or words. And, just like a permanent politician, a tenured professor's incentive for achieving success becomes exclusively self-controlled and self-serving. Whether that is to gain notoriety, receive more funding for pet projects, or to pursue an agenda, the measurement of success is left to the individual.

Take for example the now infamous case of Ward Churchill, the University of Colorado tenured professor who compared World Trade Center victims in an essay to "Little Eichmanns." With his permanence of position, success for Professor Churchill evolved into the pursuit of his own radical and fringe agenda. Ultimately, the institution had no recourse against Churchill except a research-misconduct allegation that was unrelated to his perverse essay.

Inevitably proponents of tenure will defend its purpose of protecting the free speech rights and academic freedom of its members. However, to say that selected professors are guaranteed these liberties with no exceptions while others are not produces perhaps the worst product of tenured reign, an academic caste system between the haves and the have-nots.

The “haves” are secure in their tenured positions, enjoying academic freedom, the pursuit of their own agenda, and in most cases the power to decide who will join their illustrious club. The “have-nots” are those whose positions are not set in stone, whose academic freedom and pursuits are frequently scrutinized by their administrations and tenured counterparts, and whose path forward often hinges on their ability to obtain job security in the form of tenure.

What has not changed either on university campuses or in Washington since President Obama took office is plague of corruption, trading favors, jockeying for funding, and as DeMint aptly put it "amassing their own power," by a network of permanent professionals.

Seldom do we see an elected official actively seek restraint rather than pursue excess to their own power. In this capacity, DeMint's proposed change to the Constitution is worthy of the document he seeks to amend, in spite of the overwhelming difficulty it may face. In the same regard, our public institutions and colleges should pursue true academic integrity by seriously reconsidering the disingenuous business-as-usual practice of tenure, and replace it with one that encourages real change.