The Town That Wouldn't Be Passed by

Salena Zito
|
Posted: Dec 25, 2019 12:01 AM
Share   Tweet
The opinions expressed by columnists are their own and do not necessarily represent the views of Townhall.com. 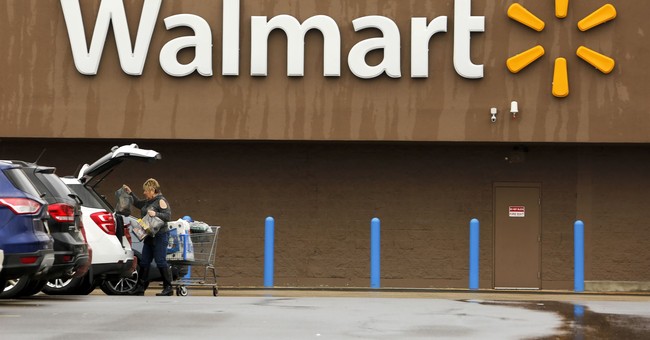 EVERETT, Pennsylvania -- For the past two years, items on layaway for over 200 families at the Walmart here have been paid for by some generous soul who won't reveal his or her identity. Last year, this modern St. Nicholas paid off $46,000 in items placed on layaway by local residents. This year's total was $40,000.

Nestled in the narrows between the Raystown Branch of the Juniata River and the Tussey Mountain ridge of the Appalachian Mountains, Everett was originally called Bloody Run.

Like many frontier towns with peculiar names derived from dubious tales, the townspeople, through a vote, changed the name to Everett to honor Edward Everett, the famed orator, and former Massachusetts governor. History students will know Everett as the man who gave the rather long-winded speech ahead of Abraham Lincoln's Gettysburg Address.

The town of Everett prospered over the years. Not too big, not too small, its location was everything from the dawn of the stagecoach to the jalopy. It's the midway point on the journey from Philadelphia to Pittsburgh.

Known as the Karns Runabout, Karns understood he needed capital for a factory to produce his automobile. As local legend goes, he petitioned the government for a loan around the same time a man from Detroit named Henry Ford did, and we all know the rest of that story.

A lot of folks who look at Everett on a map might be tempted to quip that this town has been passed by one too many times to be relevant in today's world of ascending technologies that dominate every aspect of our lives.

A lot of folks would be wrong. There is an incredible heart to Everett that captivates you the moment you turn left off of the bypass road that's supposed to help you skip the Lincoln Highway, where the center of the town hums.

You'll get to Bedford, Pittsburgh or Ohio faster if you take the bypass, but then you'd miss Pinky's hair salon, delightful Christmas decorations on Main Street, The Igloo ice cream shop that is literally shaped as a chocolate-covered igloo or the Bloody Run mural celebrating Everett's storied history.

Any other town would have died -- many have -- when a bypass was created to avoid the 25 mph speed zones (15 mph during school hours). But Everett didn't. It has stayed vibrant as well as generous in the 50 years since the federal highway system all but erased it from the traveling landscape.

And if you bypass the town, you will likely miss the very reason the anonymous donor decided to help families with their Christmas layaways. If you see the town, you see that folks here pay it forward every day of the year just as many Americans do, without fanfare and without attention for their good deeds.

Need a coat during the brisk months in the narrows? No worries; just go to the library, where anyone who needs a warm winter coat can feel free to take their pick from a variety of very nice coats and jackets just inside the library doors.

In December, Santa just happens to be volunteering there. You can get your photo taken with him in his sleigh.

That is because it seems everyone here clings to the sense of community that keeps its citizenry connected, stable and engaged.

They understand, as do millions of other Americans, that the most important things have not passed their town by, even in the toughest of times. Faith, compassion, and community have persisted.

It is likely that whoever donated the money for the layaways here in Everett grew up in the warm embrace of the town's grace and character. It is also likely that this character is what inspired him or her to give back.

Here's what might surprise you the most: I think America is mostly this way. At least, America is more like Everett than it is like whatever you see on cable news. You just sometimes have to slow down to see it.