Salena Zito
|
Posted: Nov 19, 2019 12:01 AM
Share   Tweet
The opinions expressed by columnists are their own and do not necessarily represent the views of Townhall.com. 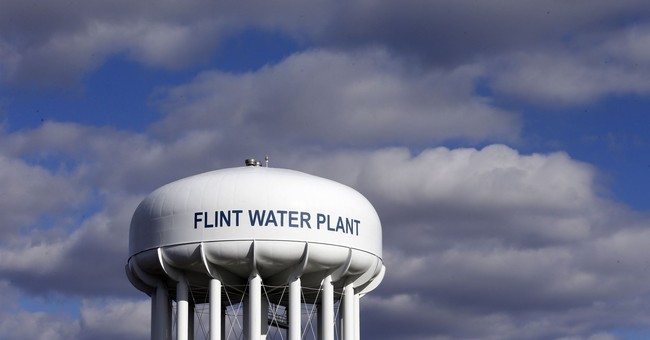 CRESCO, Iowa -- If you come to this rural Iowa town, you'll learn about a problem that may sound familiar.

In The New York Times, for instance, you've learned that many residents in Newark, New Jersey, have gone nearly two years without being able to turn on the faucets in their homes to take a drink of water, cook or even brush their teeth. The culprit: lead-coated pipes that have been seeping their poisons into the homes and schools in a scattering of neighborhoods.

The problem was first ignored and denied. City officials declared the water safe and then took months to admit their error. Eventually, one study revealed that lead had entered the water supply due to corrosion treatment problems at a local plant. Even after the issue was addressed, the federal government found that water filters distributed to residents were ineffective, and the free water they distributed had to be temporarily halted after some bottles had passed their best by date.

"As far as testing reveals, it is only a small portion of the city, but if you are living in that small part of the city, it is a major health risk," explained Seth Siegel, author of "Troubled Water" and the foremost expert on water safety in the country.

America's water crisis isn't unique to Newark or Flint, though. People in low-income, majority-minority cities and those in small, rural white communities in Appalachia and the Midwest are suffering every time they turn on the spigot.

The Natural Resources Defense Council studied data compiled through the Safe Drinking Water Act and found that harmful contaminants are found in tap water in every state in the nation.

More than 80,000 violations were reported by community water systems, affecting nearly 77 million people, with 70% of those violations occurring in communities of 500 people or less.

In some cities, water is tainted by decaying lead-laden pipes. In rural areas, it is polluted by contaminants that come from farm fertilizer and pesticides.

"Nobody is immune because it turns out that every city has got contaminants in their water," Siegel said. "It affects the national health profile and the national intelligence. When people are drinking leaded water, it is a confirmed fact that it reduces the IQ of the people who drink that water. And it is confirmed that you are more likely to drop out of high school, that you're more likely to get involved with crime if you have been drinking leaded water."

Rural areas are particularly at risk. They tend to be serviced by small, underfunded utilities, or they are using private drinking wells that are not regulated by the Environmental Protection Agency.

In the 1,100 miles that separate Newark from Cresco, hundreds of smaller towns in Appalachia and the Midwest face the same perilous crisis as the larger cities. But their issues remain largely unknown. Out here, the news coverage is scant, sometimes because no local paper exists.

Yet fertilizers and coal mine leakage often find their way into wells and rural water systems that could harm the residents.

Hunter Slifka is part of changing that problem. The 23-year-old wanted to make a difference in his hometown of Cresco.

He found his path after getting a degree in conservation management at Upper Iowa University and coming back to work for the Howard County Soil and Water Conservation District.

These soil and water conservation districts across the American agriculture heartland, funded by the Department of Agriculture as well as local downriver utilities, are putting in natural barriers that reduce or eliminate the amount of fertilizer and pesticides that get into groundwater and runoff into rivers.

"Water is the great connector in communities, and the quality of it affects everyone," Slifka told me. "My goal was to make sure we were able to have safe water for people who live on the farms here but also enough water for farmers to have for their crops."

Siegel says the solution for everyone will come "when people understand that their children's health, IQ and futures are at risk, when their own fertility is at risk and when they realize that cancers come from many of these chemicals. When people understand all this, they will demand action."

Siegel says when there is a popular will for change, there will be transformation.

"Whether they're in rural America or urban America, where they're fancy, elite people, whether they're simple, dirt-under-the-fingernails people, it's going to be the same," he said. "That's when politicians find the nerve to act."