It Can Take a Foreigner to Teach Us the American Dream

Salena Zito
|
Posted: Jun 04, 2019 12:00 AM
Share   Tweet
The opinions expressed by columnists are their own and do not necessarily represent the views of Townhall.com. 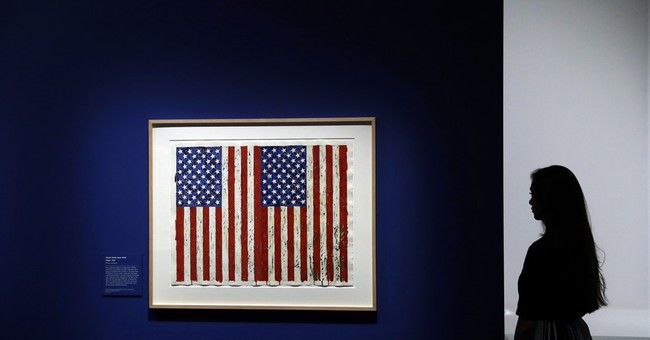 NORTH VERSAILLES, Penn. -- Starr DeJesus admits she learned a lot about both the generosity of the American people and her own potential from an immigrant who spoke to her civics class.
"I didn't know it was just an America thing to tip servers," the high school senior and part-time Denny's server said. "We rarely emphasize the good things about our culture. The only things you ever hear about on social media are complaints or criticisms."
DeJesus said she also didn't consider how much it is within her own power to earn more money. "You gotta push," she said. "Some people you really have to impress and wow to get that tip. If you do the bare minimum, they're not going to care and they're going to disregard you. But, me personally, I try my best every day. That's why I have a lot of regulars, and I'm able to earn so much money being this young. But it is a lesson I will take with me to college and eventually my career."
The larger lesson she and 100 or so other high school students here at East Allegheny High School learned was something they sheepishly admitted afterward that they had taken for granted: how lucky they are to be born in America.
Nick Adams, the immigrant from Australia who spoke to the students, appreciates this in a way a native may never truly understand.
When Adams was a boy, an American doctor, who happened to be interning in Australia, successfully diagnosed the rare cancer he had. Adams points to that moment as evidence of American exceptionalism.
He has since dedicated his life to reminding young people through his nonprofit, the Foundation for Liberty & American Greatness, of all the aspects that make this country truly unique. On this blustery spring day, he was in the Mon Valley discussing with these students why they should remember America's greatness.
The students were riveted by Adams' perspective. His questions engaged them and challenged them on the benefits of their citizenship, which he equates to winning the lottery.
"OK, so in my hand I have a coin," he says. "I want to ask you, there are three things inscribed on every coin in U.S. currency and printed on every dollar bill of every denomination in American currency. Who can tell me what those three things are?"
The students provide the answers: "In God we trust," "e pluribus unum" and "liberty."
"I like to call it the American trinity," Adams says. "Some of you might have heard the holy Trinity. I like to call it the American trinity. Those three things make America a unique place. Some countries have one of those things. Some countries have two of those things. But no other country in the world has the unique blend of each of those three different things. Liberty, e pluribus unum, and in God we trust."
East Allegheny High School is an ordinary high school campus located in a tidy middle-class neighborhood that has seen better days economically. It is nonetheless surrounded by modest homes whose owners clearly take great pride in their appearance.
It is a town that has not succumbed to the hollowed-out blight common among river towns in the Rust Belt. But the shrinking population has led to a smaller school district: There are 724 students seventh through 12th grade. The student body is 57% white and 30% black.
Fifty-seven percent of the 2018 graduates went to a four-year college. Thirty-eight percent went to community college. Three percent went to a trade school. And 1% joined the Army.
Marissa Riggs, a senior from the nearby borough of Wilmerding, was told by her honors history teacher to come to the presentation. "Honestly I am glad it was compulsory," she said. "I really learned a lot."
"I thought Mr. Adams was really inspiring. He reminded us powerful things we sometimes take for granted, such as we are a government of the people, not a people of the government," she said, adding, "I think we're a little bit too spoiled and entitled sometimes in our thinking."
Perhaps learning, like everything else in our daily lives, is too laced with politics, and simply delivering the details to students in a compelling way can help make understanding all of history, good and bad, a lot more meaningful.
Salena Zito is a CNN political analyst, and a staff reporter and columnist for the Washington Examiner. She reaches the Everyman and Everywoman through shoe-leather journalism, traveling from Main Street to the beltway and all places in between.