Salena Zito
|
Posted: May 21, 2019 12:01 AM
Share   Tweet
The opinions expressed by columnists are their own and do not necessarily represent the views of Townhall.com. 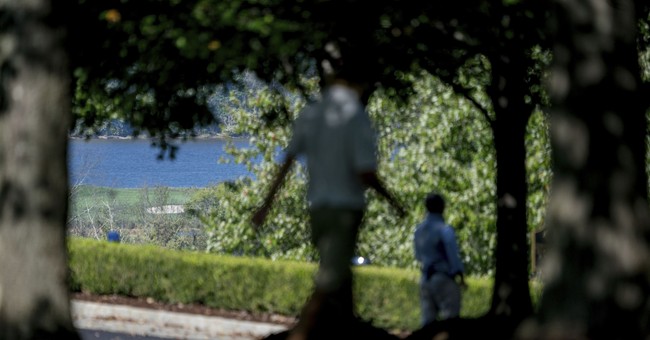 GORMANIA, W.Va. -- Life here along the North Branch of the Potomac River is very different than life 162 miles downriver.

There is raw natural beauty that takes your breath away. Under your feet flows the Potomac, above you the Allegheny Plateau, and the ascent toward Mt. Storm beckons with forests filled with red spruce, balsam fir and mountain ash.

Hawks and eagles float above you. Snakes, deer, squirrels and bears walk or slither past you.

Then there's the tragic beauty in town. Along U.S. Route 50, buildings that once held banks and stores and homes stand as memorials of a different time -- abandoned by circumstance, failure or loss, they hold their place like stone sentinels, erosion licking at their facades.

No one who lives here can remember things being any different.

The Gormania Gas & Go does business amid this decay. Its breakfast sandwich is served fresh, hot, tasty and with plenty of hospitality -- the kind of thing you find in gas stations across the Midwest and South, where people come not just for fuel but also to connect and chat about anything that comes to mind.

The churches left long ago. The Presbyterian church shuttered in 1994. The Methodist one followed in 2003, both due to loss in attendance. There is still one coal mine left in operation, but the heyday of coal here was decades ago.

When Chandra Delaney and her family got here in 1971, the place was already collapsed. "The center of town has sort of always looked like that," she says.

Delaney's family stayed and thrived. When she grew up and married, she stayed, too, and also thrived. Her grown daughters have also stayed and thrived: One is a teacher, the other a hygienist. As we chat, her granddaughter's school bus pulls up to drop her off at the stores she runs along U.S. 50 heading toward Mt. Storm.

"You get tied to a place," she says. "It becomes part of you, and you become part of it."

Delaney is working at Sit a Spell, the general store she operates along the ridge of the mountain. "The name came from something my dad used to always say, and meant a lot to me about community and storytelling and just getting together," she says.

For five years, she operated it as the Sit a Spell diner. She changed it to a general store for a couple of reasons: People needed groceries, health products, beauty products, cleaning supplies and school supplies; also, the business of running a diner can wear on a person.

Her husband, John, is a union electrician who drives 70 miles back and forth from his job at the other end of the state. He says: "You do what you have to do. No need to complain about it. We made the decision to stay put, and once you make a choice it seems silly to spend the rest of your time complaining about the choice you made."

At the other end of the Potomac River, Washington, D.C., offers a different kind of beauty. It's a city built partly on a swamp but mostly on old tobacco fields. The city entrances you with her glistening monuments, stately museums, handsome homes and beautiful parks. She also overwhelms you with her overabundance of power and affluence.

Here only the few stay put, despite all the growth reflected in the never-ending construction of new condos, townhouses and apartment buildings.

Both of these places along the Potomac tell the story of America. Neither of them is the "real" story. They're both just part of the whole story -- something we all forget from time to time.

In D.C., Martin Luther King gave his famous "I Have a Dream" speech. He understood the importance of place and culture when he said, "Let freedom ring from the heightening Alleghenies of Pennsylvania!"

King knew exactly what "staying put" meant when he wrote that. And he knew exactly why it was important to say: Division wasn't his game. He knew, as a country and for his cause, that drawing those fabrics of place together was critical.

I asked Delaney what she thinks is the biggest difference between her end of the Potomac and the Washington end.

"Pretty much the cost of living," she said. "Other than that, aren't we all in this together?"