After Mueller, Nobody Has Changed Their Views on Trump

Salena Zito
|
Posted: Apr 23, 2019 12:01 AM
Share   Tweet
The opinions expressed by columnists are their own and do not necessarily represent the views of Townhall.com. 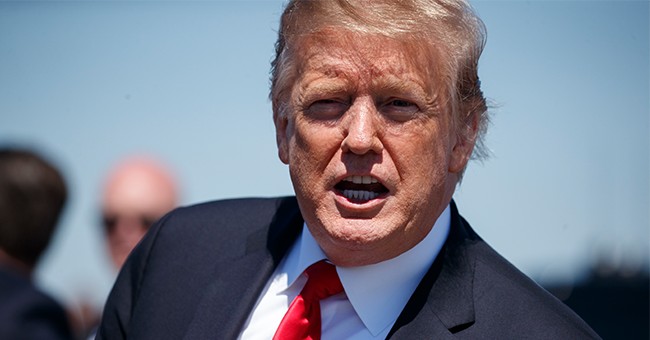 Just about no one has moved away from where they stood on Nov. 9, 2016, when they woke up trying to comprehend that Donald J. Trump had overcome the odds, the press and his own shortcomings to win that presidential election.

If you voted for him, you are still thrilled and optimistic about the future. I outlined in the book I co-authored with Brad Todd, "The Great Revolt," that the election was never quite about Trump. Many of his voters saw his flaws with eyes wide open and voted heavily out of concern for their community, not necessary for themselves.

Many who did not vote for Trump loathe him with the intensity of a white-hot poker prodding at their soul. Their hair is still on fire, and nothing in the world can extinguish it until he is out of the White House, preferably in handcuffs.

Many reporters, though not all, often view these voters monolithically rather than as the complex coalition they have formed, painting them with a broad brush. They see the Trump voters as foolish or fooled at best, and as bigoted, unintelligent and backward at worst.

Reporters marvel at these voters' unwillingness to give up on a struggling town and move to a larger city or region, never understanding that they often happily trade a higher salary or a career with bonuses in another city for staying in a community where they have deep roots.

Since the day after Trump won, reports on his win focused heavily on his loss of the popular vote. Then there were the overhyped stories about a Wisconsin recount. Then the story developed that he only won because of Russia and that he probably helped Russia "hack the election."

This simply reinforced Trump backers' support for the man. Haters will hate.

Which brings us back to this: Nothing has changed since Election Day 2016, because everything had changed for the C-suite influencers who control our culture, politics, entertainment, big tech and news consumption. They chose to ignore the signs -- or, in their arrogance, they just missed what had been in plain sight for decades.

The fusion of conservatives and populists who make up the Trump coalition that placed Trump in the White House will continue long after whatever date the president leaves office. And despite the efforts of the press, and despite Trump's own actions, those in the Trump coalition are unlikely to change their mind, because the only alternative is an elite who paints them as a villainous segment of our society.

One of the Critical Items Retrieved From Trump's Mar-a-Lago Home Was a Cocktail Napkin
Townhall
DC attorney general says busing asylum-seeking migrants to the district 'is creating a humanitarian crisis'
Twitchy
Stacey Abrams Commits a Disqualifying Self-Own in Desperate Attack on Brian Kemp
Redstate
UKRAINE WAR: Russia's Saki Air Base Blew Up and No One Knows How
PJ Media