Salena Zito
|
Posted: Dec 18, 2018 12:01 AM
Share   Tweet
The opinions expressed by columnists are their own and do not necessarily represent the views of Townhall.com. 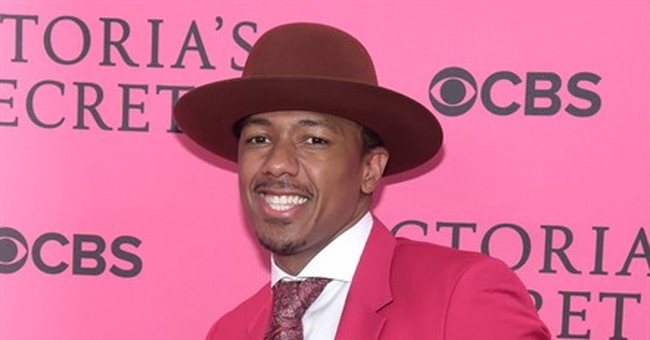 LEXINGTON, Va. -- Mark Rush could not name the last movie in the past 10 years that gave him a belly laugh -- or made him snort or chuckle or laugh out loud, at least for any extended period of time.

"The last side-splitting movies I saw were 'Caddyshack' or 'Blazing Saddles,'" the politics and law professor at Washington and Lee College said. "That was way too long ago."

Rush and I were talking over dinner at the Red Hen, a farm-to-table restaurant that made headlines earlier this year for its unfortunate decision to refuse service to White House spokeswoman Sarah Huckabee Sanders.

Rush struggled to reconcile the idea that it had been that long since he sat in a theater and laughed, so he asked the waiter, hoping that would prompt him to remember a recent movie he found uproariously funny. Rush also asked the manager, and finally, the three young sous-chefs in the kitchen.

He said: "Same answers: 'Blazing Saddles,' 'Caddyshack.' The most recent ones they said were 'Talladega Nights,' 'Tropic Thunder' and 'The Hangover.' Even the last three are over 10 years old."

He added: "We don't laugh together anymore, and that's not good. One of the great attributes of a good comedy is that it can take us away from the day-to-day dramas of life but can also make us laugh at those same day-to-day dramas from a different perspective."

One of the other great things about a good comedy is that it can bring a variety of people together through laughter, in particular when things are tough, and do it by taking a jab at the daily dramas endured by everyone, not just zeroing in on one particular type of people.

Rush said: "'Talladega Nights' is a good example of that. It spoofed everyone, from the NASCAR culture, to European pretentiousness, to two married males, to hillbillies, to large corporations. No one was spared, and everyone laughed together at its absurdity. And I think that together is a key point."

We are a hot mess in this country when it comes to doing anything together, including laughter. Like politics, comedy divides us today.

Why? Because we are finding fewer and fewer common touchstones that stitch us together. Twenty years ago, everyone watched Johnny Carson on late-night television together, and he offered something funny for everyone.

Chip Felkel, a veteran public affairs strategist in South Carolina, said: "Carson's gift was that both Hollywood and the Midwest got the joke. Today's variety of late-night hosts almost have a political undertone that takes a swipe at the same half of the country every night no matter if Barack Obama or Donald Trump are in office."

Once upon a Great Depression, Hollywood understood that when we Americans are down on our luck, we need something to pull us all together. Studios responded so brilliantly that that era became known as the Golden Age of Hollywood.

"I'd argue the day the laughter died in this country is when comedians like Chris Rock and Jerry Seinfeld stopped doing their acts on college campuses," said Rush of the comedians' decision to drop the lucrative circuit several years ago. "We lost something there when that happened. If you think about Cheech and Chong or George Carlin, these guys made a name for themselves by appealing to young people in a counterculture where you could go on about Vietnam or whatever but still laugh, and laugh hard. There's just none of that right now that I see."

He's right. When a comedian stops going to where the young and the traditionally open-minded are, we've got a deeper problem than unfunny movies circulating theaters.

No one seems to know what satire is, or what a joke is. Everyone is offended all of the time. The norms tend to be that you can be made fun of if you are white or Christian. If you are the minority of anything, whether it is color or sexuality or whatever, not so much.

This is when the rules get even muddier. It also appears that if you are white and female, you can make sexuality jokes on Twitter, but if you are black and male, you cannot. At least that is the point former Nickelodeon star Nick Cannon made last week when he called out comics Sarah Silverman and Chelsea Handler for their past homophobic tweets after comedian Kevin Hart was ousted from hosting the Academy Awards for similarly spirited past tweets.

No wonder no one is laughing; the rules are indecipherable, and the enforcers take no prisoners.

Oscar winner Mel Brooks told BBC radio last year: "It's okay not to hurt feelings of various tribes and groups. However, it's not good for comedy. Comedy has to walk a thin line, take risks. Comedy is the lecherous little elf whispering into the king's ear, always telling the truth about human behavior."

Rush said, "The sheer brilliance of a good comedy is you reflect upon all of the trauma of the American society and then to put this in that context it lets air out of a tense situation."

Comedy has been entangled in American culture and politics since our very beginning. For over two centuries, we've mastered our ability to make fun of ourselves and one another throughout countless wars, crises, financial depressions and societal changes.

Rush said: "It seems that the capacity of laughter to bring us together is actually a problem now, when so much of politics is characterized by focusing on what divides us. And we need to find a way back from this place. And it cannot happen soon enough."