Dear Abby: A Lesson for the Midterms

Salena Zito
|
Posted: Mar 20, 2018 12:01 AM
Share   Tweet
The opinions expressed by columnists are their own and do not necessarily represent the views of Townhall.com. 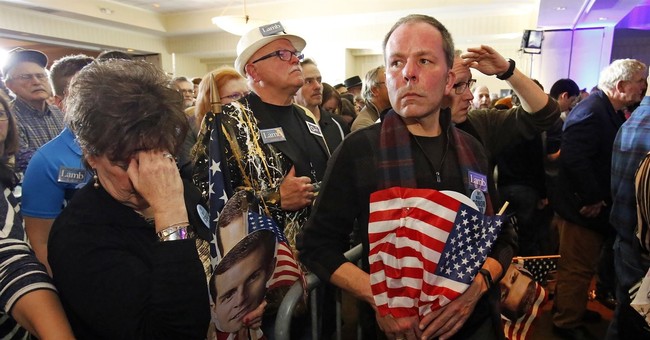 MT. LEBANON, Pa. -- One of the biggest advantages Conor Lamb had in his victory in the special election for Western Pennsylvania's 18th Congressional District last week was that his campaign manager lives in his district.

Abby Nassif Murphy did not have an office at the Democratic Congressional Campaign Committee; she did not hold daily meetings with fellow Democrats in the Beltway, who, on average, are fairly progressive both culturally and politically. She understood the heartbeat of the district not because of polls and data but because she spends the bulk of her time carting her sons to and from their activities. Untethered from the pressures of Washington consultants, agenda items and resistance talking points, she was able to respond to what she saw the community wanted.

This was no cookie-cutter operation. The ads were fresh; the message was safe; and there was no evidence of any Beltway residue on anything they did.

It was the exact opposite of what the Republicans did. Republican nominee Rick Saccone's ads were flat, seeming like leftovers from the Obama era. The message was negative, committing the cardinal sin of not giving voters a reason to show up for either the candidate or the brand.

Last December, Brad Todd, co-author of our upcoming book, "The Great Revolt: Inside the Populist Coalition Reshaping American Politics," wrote for The Federalist that the only thing that will keep the Republican Party healthy is getting it the hell out of D.C. and setting up headquarters somewhere in Ohio so it knows what its voters really want -- not what it wants them to want.

Three months later, his warnings came to fruition. The Republican Party lost, in part because it didn't understand who its voters are: a coalition of populists that exists outside of the six counties that surround the Beltway.

He's right. I live here in the 18th Congressional District. When I visit D.C., I am always proud of the history and stature of its purpose. But once I pass Hagerstown, Maryland, on Interstate 70, I know there is a difference in attitudes toward culture, religion, education and politics between Western Pennsylvania and the Beltway region.

It is not that one is superior. It is that they are different from each other. If you are running ads or crafting messages to win over voters, you'd be better served to understand who they are, rather than demand that they be what you need them to be.

Murphy had that advantage.

The good thing for Republicans is that November 2018 need not be a tsunami if they learn the right lessons from their loss in the Pennsylvania special election. Connection is just one of those lessons.

It wasn't just the fault of D.C. Republicans. Pennsylvania state Republicans also need to take a big part of the blame, having nominated someone who could not or would not raise the money needed. Saccone was nominated by party insiders caught up in a spite-filled tribal fight.

Some of the Republicans' biggest donors have become a different kind of spiteful lot. Irked that their establishment candidate did not win, they appear to want to ice their own majorities and withhold money because of their distaste with President Trump. Meanwhile, gun-hating Democrats across the country parted with money by the bucketful for a guy who was shooting an AR-15 in his campaign ad. Republican small donors showed no such interest in this race.

Conor Lamb represented a throwback for the Democrats. In addition to shooting the gun in the ad, he ran against House Minority Leader Nancy Pelosi, did not oppose the tariffs and emphasized that he supports middle-class tax cuts, with just enough of the entitlement boogeyman to seal the deal.

Because Murphy lives here, she knew exactly what would motivate her neighbors.

To know your voters, you need to be your voters -- the Democrats got that in the 2006 midterms and then spoiled it when they got full power and went on a spending spree. Republicans got that in 2010 but missed it in 2012 when they failed to inspire the rush of voters (including those in the "47 percent") who wanted to support someone against then-President Barack Obama.

Republicans are going to lose seats in 2018 -- it is the normal course of nearly every president's first midterm cycle -- but they don't have to lose them all. And part of that lesson is: Get out of D.C. well before the November shootout; remind their donors what it was like to be the party out of power; nominate good candidates, which allows the national Republicans to return to their supportive role; and set up headquarters somewhere in Cleveland.