Salena Zito
|
Posted: Jan 17, 2018 12:01 AM
Share   Tweet
The opinions expressed by columnists are their own and do not necessarily represent the views of Townhall.com. 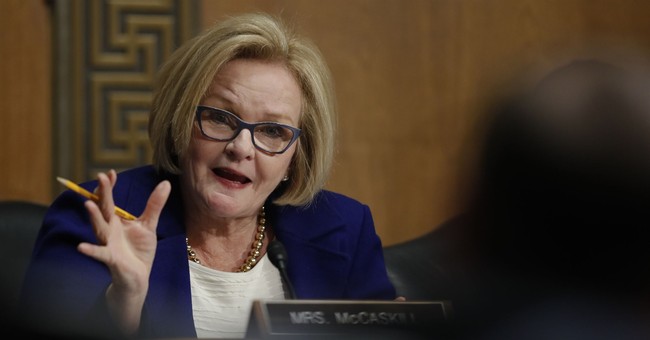 Months from now, as the pressures of midterm elections bear down on a handful of incumbent Democratic U.S. senators in states President Trump won in 2016, pundits may start to recall a meeting held at the White House on a cold January afternoon and wonder whether they missed something important.

Immediately after the televised Jan. 9 meeting, everyone discussed the meeting as a live-mic free-for-all and focused on the theatrics. They speculated openly that Trump held the meeting to dispel any notion that he is mentally fit.

Once again, the pundits were missing the little nuances of how much American politics really has changed -- and what that may mean for future results.

Importantly, three Democratic officials in states that went heavily for Trump in 2016 -- Indiana Sen. Joe Donnelly, West Virginia Sen. Joe Manchin and Missouri Sen. Claire McCaskill -- were all absent. Sens. McCaskill and Manchin said they were not invited to the White House event.

Normally, the lawmakers who represent states that voted for the other party's presidential nominee are the most bipartisan -- even if it's just to listen. Early on, Sen. Heidi Heitkamp of North Dakota and Sen. Donnelly hopped on a plane with Trump. But now that they're in the heat of fundraising, they do not want any part of it.

They have made the bet of picking their donors in California and New York over their voters back home. They could be trying hard to find places where they could work productively with the president, yet the closer the elections get, they get farther from the White House.

It is yet another example of how U.S. Senate races have changed: These races are all national now, and the bulk of the candidates' money comes from outside their state. The result: They focus on their real constituency, their national donor base. In turn, they ignore the people in the states they represent.

There isn't one of those incumbent Democrats whose voters and union members in their state would not love them to work with Trump on infrastructure. You know who wouldn't like that? The high-dollar donors in San Francisco and New York and Los Angeles.

If anyone of those senators were to get caught near Trump, all of those donors would ditch them in a minute. They're basically asking McCaskill and Donnelly to do an act of levitation: Win without doing the things your voters would like you to do.

They didn't even go to the dang meeting.

If Republicans are smart and paying attention to what wasn't in that scene at the White House this week, they will cut ads driving the wedge, illustrating that these vulnerable Democrats had the chance to be bipartisan and decided not to be.

Michigan Democratic Sen. Debbie Stabenow's statement about the tax cuts in Michigan is the perfect example of that risk. When the tax-reform bill passed in the Senate late last year, Stabenow issued a statement that read: "I've said from the beginning that we need tax reform that makes the tax system simpler, puts more money in your pocket, closes tax loopholes that send jobs overseas and supports small businesses and farms across Michigan. Unfortunately, that isn't at all what this Republican bill does."

On Jan. 11, Fiat Chrysler Automobiles announced that it is investing $1 billion to modernize the company's Warren Truck Plant in Detroit, adding 2,500 jobs and moving production of its Ram Heavy Duty trucks from Mexico. It also announced it will be giving a $2,000 bonus to its hourly and salaried U.S. workers. The company credited the moves to the new tax law.

Maybe the incumbents' calculation works. Maybe not. But it is yet another nugget in American politics that is changing: the calculation that what your donors in New York and California want you to say and do carries more weight than what your constituents need you to do to improve your state.

Certainly, voters in Michigan are wondering what influence Stabenow's donors had on her decision to not support the tax bill.