Salena Zito
|
Posted: Aug 09, 2017 12:01 AM
Share   Tweet
The opinions expressed by columnists are their own and do not necessarily represent the views of Townhall.com. 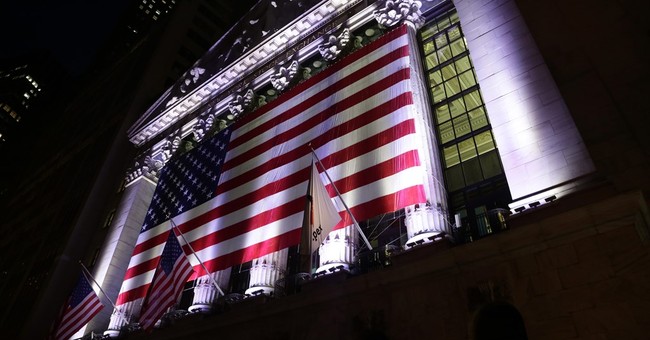 COLUMBIA CITY, Ind. -- The historic marker in front of the Whitley County courthouse remembers the life of a man who would have stood out in today's era of provocative politics and culture of entitlement as an abomination of sorts because he held true to his values ahead of power.

The man once held the office of the vice presidency of the United States and refused to insert himself to power when he had every right to do so. This was because he feared the precedence doing so might set in the future.

The deep-blue and gold marker reads in part, "Thomas Riley Marshall is likely best remembered as the man who refused to assume the U.S. Presidency during Woodrow Wilson's serious incapacity."

Its backdrop on the corner of Van Buren Street and Main Street, just off the Lincoln Highway, is the majestic French Renaissance-style county courthouse made of Indiana limestone. Its slate roof and dome glisten in the sun after a brief rainstorm.

It's funny how we forget the impact and influence small-town residents have had on governing our country.

Ninety-six years ago, Marshall was vice president to a man who didn't much care for him. That never really bothered Marshall, who saw his role as governing and working with the U.S. Senate.

Marshall was well-known and well-liked for his wit, easygoing nature and sense of humor. His humor was a small-town trait that eased many tensions during strident Senate deliberations, but Wilson so disliked it that he had the vice president's office removed from the White House.

Despite the rift and animosity that Wilson incurred with Marshall, he is remembered among historians as the man who refused to take the power of the presidency because of the future impact it might have on the country and it would have on the executive branch.

In the fall of 1919, Wilson collapsed in Colorado and never fully recovered. Both his wife and his advisors attempted to keep Marshall uninformed of the graveness of the Wilson's condition to keep Marshall from attempting to assume the presidency.

But Washington, D.C., being Washington, D.C., the word quickly leaked to Marshall, as well as the rest of Congress and the Cabinet. Everyone urged him to become at least acting president until it was understood how incapacitated Wilson was. Marshall refused.

Six months later, Wilson's true state of competency became publicly known just as the country was entering a dramatic social and political change: More people were living in cities. Prohibition had just been enacted. And the first anti-Communist Red Scare was in its beginning stages.

It took 50 years for the country to recognize just how weakened the presidency had become because of Wilson's incapacity -- finally, in 1967, the nation ratified the 25th Amendment to allow the forcible replacement of an unable or unwilling incumbent.

There is a lot of talk in American culture, whether it is in politics or Hollywood or on Madison Avenue, about the "differentness" that small towns and their people hold compared with the more sophisticated and progressive centralized cultures of the big urban cities.

Unless you are a student of Indiana history or a presidential historian, the Marshalls who have spent time in the White House have never come onto your radar. We rarely scrutinize the people who did the right thing and focus too much on who did the controversial thing.

America is going through a cultural civil war between the urbanites and small-town residents that's very similar to the one when Wilson and Marshall left office after the 1920 election.

Today it is the reverse: Rural America's influence and rise back to the center of national attention because of the election of Donald J. Trump makes urban America uncomfortable.

But because urban America has more power in culture, rural America becomes the butt of jokes in entertainment and scorn in national politics.

We need to do a better job in this country of tolerating differentness, and that includes rural and small-town America. Great men and women have come from towns like Columbia City, and we need to accept them just as robustly as we would if they had come from New York City.